It's nearly 14 times the size of an original Atari controller. 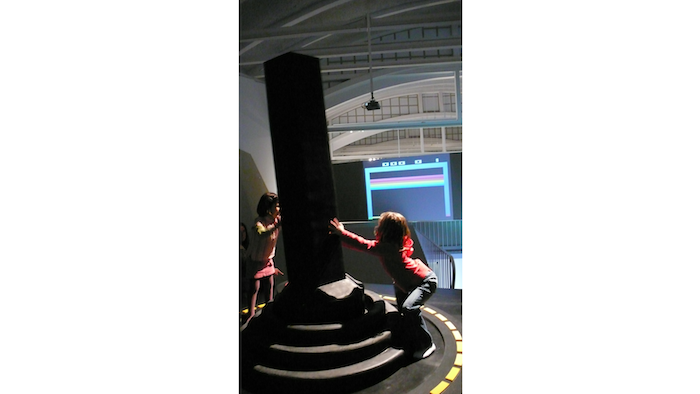 HANOVER, N.H. (AP) — A 9-foot-tall (2.7-meter-tall) video game joystick made of wood, rubber and steel has made it into the Guinness World Records 2022 as the largest.

She also wanted to see what it would be like when a single-player experience becomes collaborative: It takes at least two people to operate the joystick and push the button to play classic Atari games such as “Centipede" and “Breakout."

“To have this common pop culture artifact just erupt in the middle of a space and allow people to play something familiar, yet not familiar, was exciting,” said Flanagan, an artist who is chair of Dartmouth's Film and Media Studies and the Sherman Fairchild Distinguished Professor in Digital Humanities.

The joystick, which toured Spain, the United Kingdom, and the United States, is now part of the permanent collection of ZKM Center for Art and Media in Karlsruhe, Germany.