Four recommendations for smarter firefighting as megafires menace the U.S. 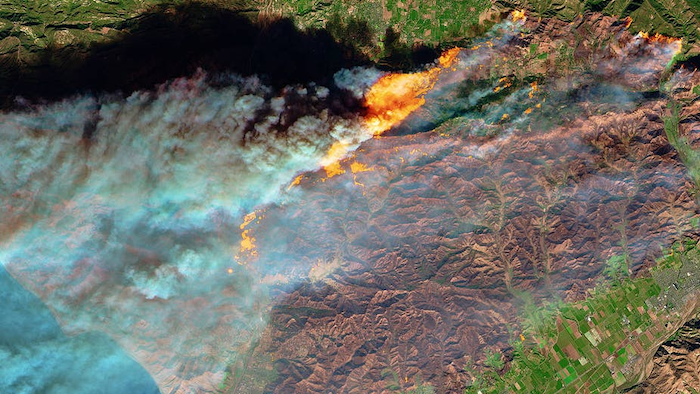 Satellites can quickly detect and monitor wildfires from space, like this 2017 fire that encroached on Ventura, California.
NASA Earth Observatory/Joshua Stevens

Record-breaking fires over the past decade suggest the western U.S. has entered a new era of megafires.

Fire itself is not the problem – it has been characteristic of the North American West for millennia. The problem is when fires, fueled by dry and overgrown forests, grow into giant blazes that move fast, fill the skies with smoke, and threaten homes and cities.

These are fires like the 2018 Camp Fire that destroyed Paradise, California, and killed 85 people. At one point, it was burning the equivalent of one football field per second. They are big fires, like those in California and Colorado in 2020, that destroyed thousands of homes and produced massive amounts of smoke that can kill thousands of people prematurely and contribute to climate change.

Three things in particular have increased the likelihood that megafires will occur: Warmer, drier conditions have turned trees, shrubs and grasses into dry fuel. A century of suppressing almost every fire has left more fuel to burn. And cities and homes encroaching on wildlands put more people in harm’s way and introduce ignition sources.

With almost the entire western U.S. in drought this year, portending another dangerous fire season ahead, my colleagues and I brought some of the top fire technology innovators together with fire managers, politicians and academics to brainstorm solutions at the Caltech Keck Institute for Space Studies. The group included representatives from major data providers like Google and Planet; fire tracking companies like Fireball; wildfire analysis system creators like Tecnosylva and Intterra; and satellite projects like Canada’s WildFireSat and FireSat. Also included were NOAA’s Smoke Hazard Mapping; the National Weather Service; fire managers from U.S. Fire Service and CalFire; and many others.

Together, these technology and fire experts converged on four key recommendations for managing the megafire threat, starting with better coordination and leveraging of technology for detecting and tracking the fires that matter.

Technology exists today that can detect fires within five minutes of when they start. For example, the Australia-based company Fireball International’s satellites detected the 2019 Kincade Fire in California wine country 66 seconds after it started, and the fire was verified within three minutes by the ALERT wildfire system, a network of cameras and sensors coordinated by three universities.

NASA’s satellites and high-altitude aircraft can monitor thermal signatures of fires and gauge the amount of available fuel.

The National Interagency Fire Center coordinates drones that collect more infrared fire data and images closer to the ground. And the CALFIRE-Tecnosylva Wildfire Analyst Enterprise integrates data from these sources, classified government sources and the GPS of firefighters on the ground to create simulations for real-time decision-making.

Not everyone has easy access to that data, though. Free, accurate data about where and how fires are moving, with a single data clearinghouse, would allow local governments and companies to tailor technology to community-specific needs, such as evacuation planning and better zoning to minimize fire damage.

Investing in more satellite coverage and other sensors would also improve detection and tracking. The scientific and technological frontier is in improving the accuracy and use of this information to identify and direct resources to high-risk fires instead of suppressing all fires.

2) Coordinating everyone and sharing data

To detect and track fires that matter, the U.S. would benefit from a single vision across federal agencies and an authoritative body with the explicit responsibility for coordinating efforts from research to operations. Right now, outside a satellite coordinating committee, each agency generally focuses on its own research interests that may not align with informing decision-making. 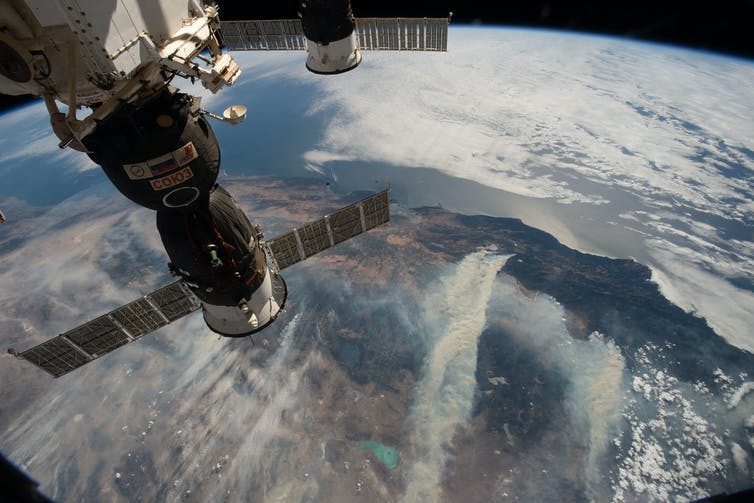 With better coordination, research can inform decision-making that prioritizes those fires that pose the greatest threat to human lives, health, infrastructure, climate and ecosystem services such as clean water and air, timber and biodiversity.

3) Funding, with a role for private companies

Funding to promote innovation by the private sector for public benefit is also essential. There are few mechanisms right now to establish a sustainable business model based on the true costs of fires to estimate the value of the services provided. Public sector can provide custom solutions to local communities. New and augmented systems can help front-line firefighters detect and track fires, and also to identify the fires that will likely matter the most. These systems were once the province of governments, but now could be built through public-private partnerships like those pioneered by NASA.

A fourth recommendation is to support local solutions that can prepare communities and help them build resilience to future fires. That starts with proactive planning, including better building codes and zoning.

Infrastructure improvements such as grid updates can help reduce the number of fires sparked by power lines. Networked microgrids powered by clean energy, such as local wind and solar with battery storage, can avoid transporting energy long distances. They also cut greenhouse gases that drive global warming and extend the fire season.

Finally, resilience planning includes working with tribal nations to restore a healthy relationship with fire. The state of California is setting an example with a billion-dollar investment to increase community fire resilience.

This is a critical time to redefine our nation’s relationship with fire and build resilience in fire-prone areas. If 2020 taught us anything, it is that now is the time for change.

This article is republished from The Conversation under a Creative Commons license. Read the original article here: https://theconversation.com/bringing-tech-innovation-to-wildfires-4-recommendations-for-smarter-firefighting-as-megafires-menace-the-us-162178.