He said riding in the backseat isn’t dangerous and he will continue to do it. 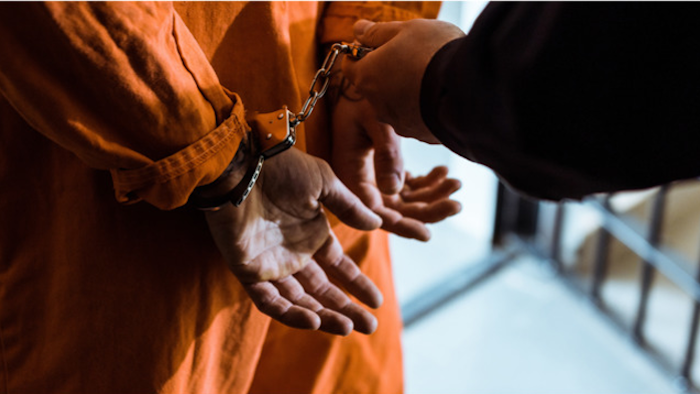 OAKLAND, Calif. (AP) — A motorist was arrested after an officer observed him in the backseat of a Tesla traveling on a San Francisco Bay Area freeway, the California Highway Patrol said.

Param Sharma, 25, was arrested for alleged reckless driving and disobeying a peace officer, the highway patrol said in a statement Tuesday.

Multiple 911 calls Monday evening reported a person seated in the backseat of a Tesla Model 3 without anyone in the driver’s seat while the vehicle traveled on Interstate 80 across the San Francisco-Oakland Bay Bridge.

A highway patrol motorcycle officer spotted the Tesla, confirmed the solo occupant was in the backseat, took action to stop the car and saw the occupant move to the driver's seat before the car stopped, said the statement from the highway patrol, known as CHP.

“Prior to this arrest, members of the public had captured video of someone resembling Sharma operating his vehicle in the same reckless manner, and the CHP’s Oakland Area had cited Sharma on April 27 for similar behavior,” the statement said.

The CHP said the incident remains under investigation. The statement did not say whether officials determined whether the Tesla was operating on the company's “Autopilot” system, which can keep a car centered in its lane and a safe distance behind vehicles in front of it.

But it's likely that either Autopilot or Tesla's “Full Self-Driving” systems were operating for the driver to be in the back seat. Tesla is allowing a limited number of owners to test its self-driving system, but it's not clear if Sharma was one of them. A message was left Wednesday seeking comment from Tesla.

Tesla says on its website and in owners manuals that both systems are not fully autonomous, and that drivers must be ready to intervene at any time. But drivers have repeatedly zoned out with Autopilot in use, resulting in at least three U.S. deaths when neither the system nor the driver stopped for obstacles in the road.

Tesla has a system to monitor drivers to make sure they're paying attention by detecting force from hands on the steering wheel.

The system will issue warnings and eventually shut the car down if it doesn’t detect hands. But critics have said Tesla’s system is easy to fool and can take as long as a minute to shut down. Consumer Reports said in April that it was able to trick a Tesla into driving in Autopilot mode with no one at the wheel.

In March, a Tesla official also told California regulators that “Full Self-Driving” was a driver-assist system that requires monitoring by humans. In notes released by the state’s Department of Motor Vehicles, the company couldn’t say whether Tesla’s technology would improve to fully self driving by the end of the year, contrary to statements made by company CEO Elon Musk.

Missy Cummings, an electrical and computer engineering professor at Duke University who studies automated vehicles, said Sharma is the only person she knows of who has been accused by police of misusing a partially automated driving system.

The case, she said, increases pressure on the National Highway Traffic Safety Administration to regulate the systems. The administration has investigated 28 Tesla crashes in the past few years but has yet to take any regulatory action.

The National Transportation Safety Board, which also investigates crashes, has recommended that NHTSA and Tesla limit the type of roads where Autopilot can operate and that Tesla install a tougher driver monitoring system.

Both agencies are investigating a Tesla crash last month near Houston in which two men were killed, and local authorities found no one in the driver's seat. The NTSB said in a preliminary report this week that it couldn't get Autopilot to activate in a different Tesla vehicle on the same road.

“I definitely think that the increasing number of incidents is adding more fuel to the fire for NHTSA to do more,” Cummings said. “I do think they are going to be stronger about this.”

The auto industry, except Tesla, already does a good job of limiting where such systems can operate, and is moving to self-regulate, she said. Even Tesla seems to be heading that way. It's now installing driver-facing cameras on recent models, she said.

The KTVU television station reported that Sharma said in an interview that riding in the backseat isn’t dangerous and he will continue to do so.

Sharma's comments suggest he is among a number of Tesla drivers who rely too much on the company's driving systems, Cummings said.

“It's showing people the thought process behind people who have way too much trust in a very unproven technology," she said.