It was the first time SpaceX reused a capsule and rocket to launch astronauts for NASA. 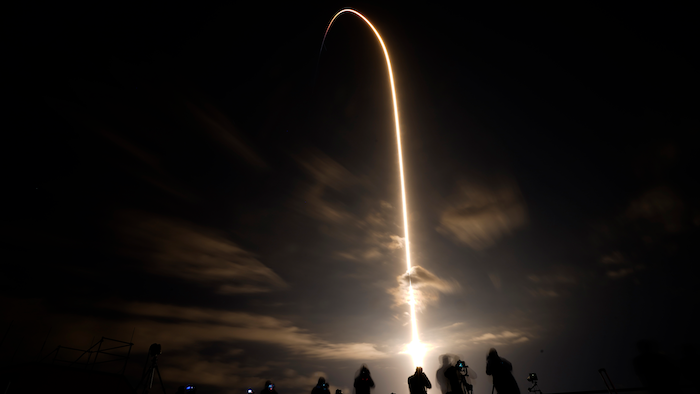 A SpaceX Falcon 9 lifts off in this time exposure from Launch Complex 39A Friday, April 23, 2021, at the Kennedy Space Center in Cape Canaveral, Fla. Four astronauts will fly on the SpaceX Crew-2 mission to the International Space Station.
AP Photo/Chris O'Meara

The astronauts from the U.S., Japan and France should reach the International Space Station early Saturday morning, following a 23-hour ride in the same Dragon capsule used by SpaceX’s debut crew last May. They’ll spend six months at the orbiting lab.

It was the first time SpaceX reused a capsule and rocket to launch astronauts for NASA, after years of proving the capability on station supply runs. The rocket was used last November on the company’s second astronaut flight.

Embracing the trend, spacecraft commander Shane Kimbrough and his crew weeks ago wrote their initials in the rocket’s soot, hoping to start a tradition.

“If you have rapid and complete reusability, then that is the gateway to the heavens. That’s what we’re trying to get done, and the support of NASA makes a huge difference,” Musk said after the launch.

Just a week ago, NASA awarded SpaceX a nearly $3 billion contract to provide the lunar lander that will deliver astronauts to the surface of the moon — Musk's Starship, intended to be fully reusable to attain his ultimate prize of carrying astronauts to Mars and building a city there.

Flying in a recycled capsule Friday provided a bit of deja vu for NASA astronaut Megan McArthur. She launched in the same seat in the same capsule as her husband, Bob Behnken, did during SpaceX’s first crew flight. This time, it was Behnken and their 7-year-old son waving goodbye. McArthur blew kisses and offered virtual hugs.

It was a stunning scene: The launch plume glowed against the dark sky, reflecting the sunlight at high altitude.

Despite the early hour, spectators lined surrounding roads to watch the Falcon take flight an hour before sunrise. Liftoff was delayed a day to take advantage of better weather along the East Coast in case of a launch abort and emergency splashdown.

“You’re seeing a piece of history happening here,” said Lance Bryan, visiting from Burnsville, Minnesota. “It’s, in this case, good history versus some other things that can happen that have been in our backyard practically.”

A masked Musk met briefly with the astronauts at NASA’s Kennedy Space Center before they boarded white gull-winged Teslas from his electric car company. The astronauts’ spouses and children huddled around the cars for one last “love you” before the caravan pulled away and headed to the pad in the predawn darkness.

“From now on, I’ll see you on a screen!” tweeted Pesquet’s partner, Anne Mottet.

Visibly weary, Musk later said he doesn't sleep the night before a crew launch and this one was no exception.

“It gets a little bit easier, but still pretty intense, I have to say," said Musk, who started his space company in 2002.

NASA limited the number of launch guests because of COVID-19, but passengers for SpaceX’s first privately purchased flight made the cut. Tech billionaire Jared Isaacman, who’s bought a three-day flight, watched the Falcon soar with the three people who will accompany him. Their capsule is still at the space station and due back on Earth with four astronauts next Wednesday. It will be refurbished in time for a September liftoff. Another crew flight for NASA will follow in October.

For Friday’s automated flight, SpaceX replaced some valves and thermal shielding, and installed new parachutes on the capsule, named Endeavour after NASA’s retired space shuttle. Otherwise, the spacecraft is the same vehicle that flew before.

“We’re thrilled to have a crew on board Endeavour once again," SpaceX Launch Control radioed just before liftoff.

All four astronauts clasped hands as Kimbrough noted it was the first time in more than 20 years that U.S., European and Japanese astronauts had launched together.

The first-stage booster touched down on an ocean platform nine minutes after liftoff.

SpaceX picked up the station slack for NASA after the space agency’s shuttles retired in 2011, starting with supply runs the following year. The big draw was last year’s return of astronaut launches to Florida, after years of relying on Russia for rides.

Boeing, NASA’s other contracted crew transporter, isn’t expected to start launching NASA astronauts until early next year. First, it needs to repeat a test flight of an empty Starliner capsule, possibly in late summer, to make up for its software-plagued debut in December 2019.

Last Friday, SpaceX beat out two other companies, including Jeff Bezos’ Blue Origin, to land astronauts on the moon for NASA in three or more years. They’ll descend to the lunar surface in Starship, the shiny, bullet-shaped rocketship that Musk is testing in the skies over southeast Texas, near the Mexican border.

Musk said Starship should be ready to carry people in a couple years, although he expects to smash more of them before getting there. The 2024 deadline for putting astronauts on the moon, which was set by the Trump administration, is doable, he added. 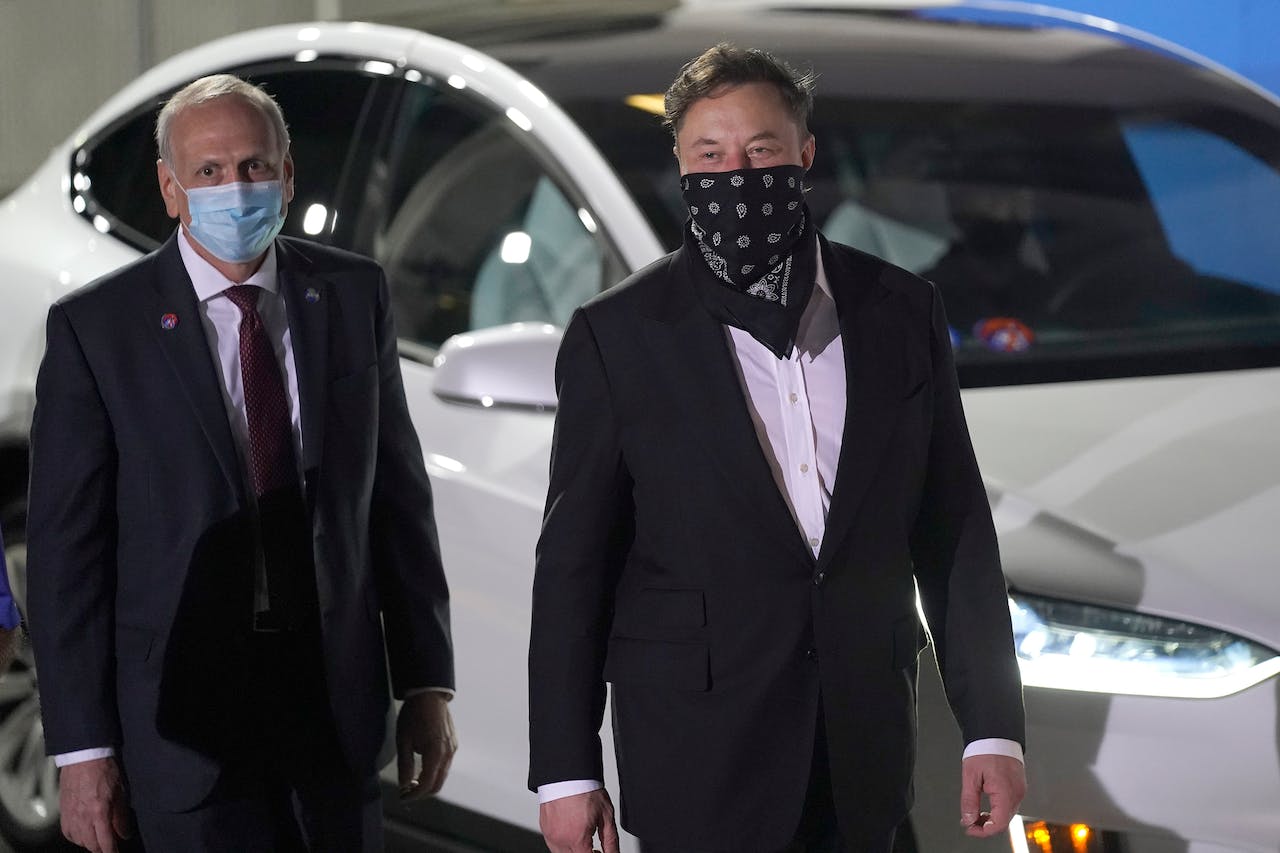 NASA acting administrator Steve Jurczyk, left and SpaceX founder and CEO Elon Musk arrive for the walkout of the SpaceX crew before a launch attempt Friday, April 23, 2021, at the Kennedy Space Center in Cape Canaveral, Fla. Four astronauts will fly on the SpaceX Crew mission to the International Space Station scheduled for launch on April 23, 2021.AP Photo/John Raoux

“It’s a great time to be here, and we’re very excited,” said the European Space Agency’s Frank De Winne, an astronaut turned manager. The space station eventually will come to an end, he noted, but the partnership will continue amid hopes of “European astronauts one day walking on the surface of the moon.”