The investment will help the company develop a "last-mile delivery ecosystem that’s fast, low-cost and scalable." 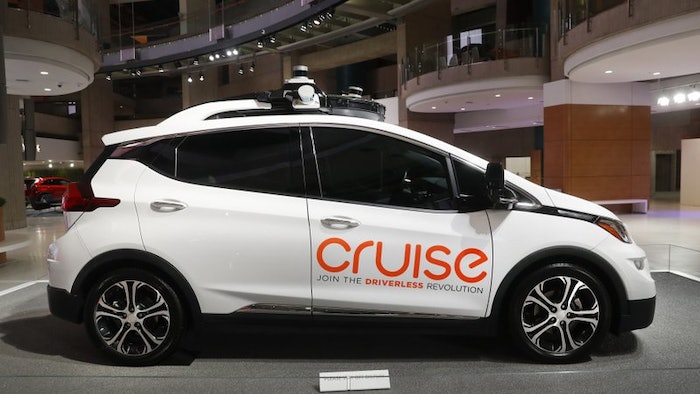 DETROIT (AP) — Walmart and some institutional investors have joined the latest investment in Cruise, bumping the capital influx into the General Motors autonomous vehicle subsidiary from over $2 billion to $2.75 billion.

Walmart and Cruise announced a partnership last fall to launch a self-driving delivery test in Phoenix.

“The investment will aid our work towards developing a last mile delivery ecosystem that’s fast, low-cost and scalable,” Walmart CEO John Furner said in a statement.

Honda and Microsoft are among other investors with a a stake in Cruise. Furner said Cruise's fleet of all-electric vehicles will help Walmart reach a goal of zero emissions by 2040.

San Francisco-based Cruise said the investment brings its valuation to over $30 billion. Some investment analysts have encouraged GM to spin off the majority-owned subsidiary as a separate public company.

Cruise is testing autonomous vehicles in San Francisco without human backup drivers. The company plans to run a fully self-driving ride-hailing service but hasn't said when it will begin.