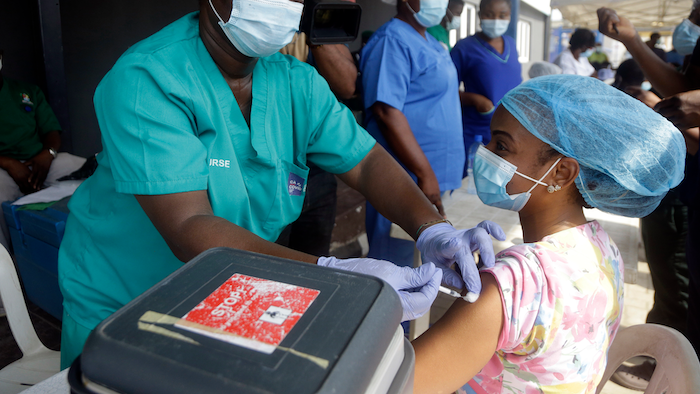 The world has a COVID-19 vaccine access problem: Almost half of all doses administered so far have been in Europe and North America, while many poorer countries have vaccinated less than than 1% of their populations.

The U.S., Britain and the European Union rejected the idea, arguing that intellectual property rights – which give vaccine creators the power to prevent other companies from reproducing their products – are necessary to ensure innovation and waiving them would not result in increased production. They are now under pressure to change their minds.

So, are there only two paths here? Patents remain inviolate, or patents are disregarded?

I have worked on legal issues related to access to medicines since 2004 and have been involved in these debates at the WTO and the World Intellectual Property Organization, working with civil society groups and developing countries. I believe there is a middle way: compulsory licensing.

Governments can already get around patents

When a country approves a patent, it gives the patent holder a monopoly for a limited term, usually 20 years, for new and highly inventive ideas.

The promise of having a monopoly gives the patent holder more incentive to take on the risk of research and development and get a product to market. The company can charge a high price for a limited time to recoup that investment.

The key phrase is “limited time.” This makes sure that once a patent runs out, others can make the product. Generic drugs are an example. Competition typically lowers prices and ensures greater access for those who want or need the product. 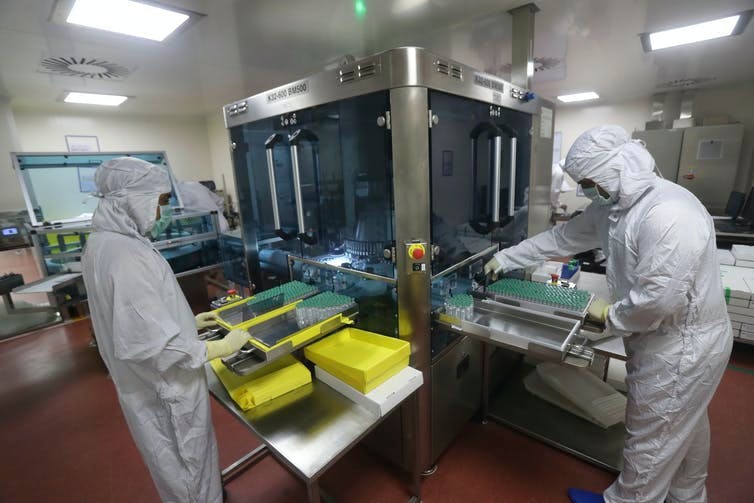 AstraZeneca issued a license to the Serum Institute of India to produce its COVID-19 vaccine.AP Photo/Rafiq Maqbool

For emergencies, the patent system has a series of safety valves that allow governments to intervene before that limited time is up. The most important safety valve for COVID-19 vaccine production is the compulsory license. Based on public needs – including health emergencies – a government can allow others to make the product, usually with a reasonable royalty, or fee, paid to the patent owner.

Today, any country that has issued a patent to a COVID-19 vaccine maker can use that patent simply by issuing a compulsory license to enable production by its own companies.

So, why doesn’t this solve the COVID-19 vaccine access problem?

Vaccine patents end at the border

The same issue arose in the context of access to HIV medications during the late 1990s.

Just like with HIV drugs then, the capacity to manufacture vaccines today is unevenly distributed. The real issue isn’t whether a country like Botswana can issue a compulsory license allowing its domestic companies to manufacture the vaccines – many countries don’t have that kind of production facility and, in many cases, the drugs aren’t even patented there.

The real issue is whether India or China or the Philippines – countries with thriving pharmaceutical industries and where drugs are much more likely to be patented – can issue a compulsory license that would allow their companies to export to Botswana. 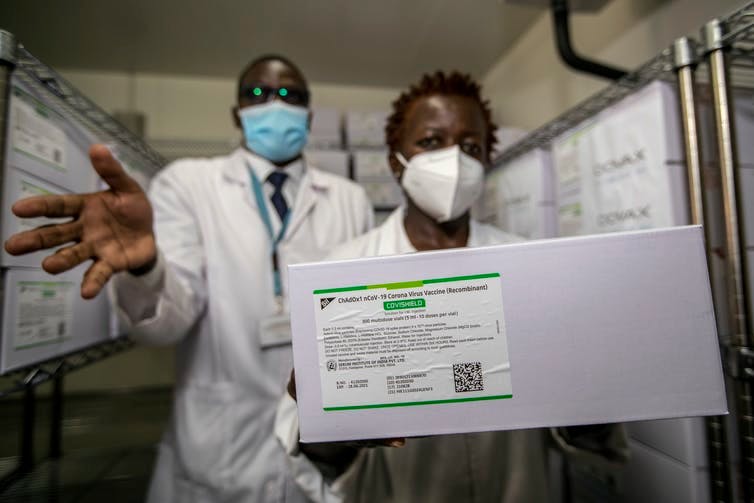 Why isn’t this happening under the existing rules?

There have been several attempts to solve this problem, including a change to the TRIPS Agreement approved in 2005. But only one country – Rwanda – has used that system to access drugs. After an almost two-year process, Rwanda was able to import 7 million doses from Canada. However, the Canadian generic producer, Apotex, declared that the system was economically unsustainable for a private company. During a 2010 review of the system, many developing countries noted how difficult it was to use, with several generic producers giving up in the middle of the process.

The process requires an agreement between the two countries issuing compulsory licenses. It also comes with a series of legal requirements, including producing only the amount ordered by the importing country; using entirely different packaging, coloring or shapes to distinguish the drug from regular production; and following special processes in the importing country to prevent the product from being diverted elsewhere. A different compulsory license and production line would be needed for each additional country.

For COVID-19, there is also another problem: The technologies in COVID-19 vaccines are complex and involve multiple patents, trade secrets and know-how. A compulsory licensing system would need to address not just patents but all related intellectual property.

What to do about it

An international consortium called COVAX is trying to expand COVID-19 vaccine deliveries to low-income countries through agreements with vaccine producers, but it is struggling to reach its goal of providing 2 billion doses by the end of 2021.

To successfully expand vaccine production, countries need a relatively seamless system that allows a country like India to grant a single, blanket license allowing its companies to produce vaccines developed by U.S. or European companies for export to all countries that lack their own manufacturing capacity.

This is ideally what a properly functioning system of global compulsory licensing would enable, in my view. Compulsory licensing is not a violation of patent or intellectual property. The rights holder still gets compensated, and access is assured when it is most needed.

The proposed WTO waiver of intellectual property rights seeks to address this need, but it may be broader than necessary. A better solution as I see it would be to smooth the way for using compulsory licensing across all relevant intellectual property needed to expand vaccine manufacturing.

Removing the TRIPS limitations on production for export would allow a country like India, at the request of a qualifying country, to issue blanket compulsory licenses covering all COVID-19 vaccine technologies, set the compensation prices and allow the vaccines to be exported to multiple countries simultaneously.

The company would make the vaccine in its existing facilities and would be allowed to stockpile for future orders. Additional requests from other countries could be fulfilled from the same production line on the same basis, ensuring a sustainable business model. The patent owner – Moderna, for example – may lose control over the market, but it maintains its right to be compensated, as is normal for any compulsory license.

This is part of the bargain Moderna and Pfizer made when they received patent protection.

The result could be a fast increase in vaccine manufacturing that reaches countries that have been left out. Without global vaccinations, it’s hard to see an end to this pandemic. This emergency is exactly what the patent system is designed for, if it’s allowed to operate properly for the patent holder and for the public.

This article is republished from The Conversation under a Creative Commons license. Read the original article here: https://theconversation.com/how-to-get-covid-19-vaccines-to-poor-countries-and-still-keep-patent-benefits-for-drugmakers-158384.