The projects include an outdoor mini-city to test autonomous driving and robots that help people age in place. 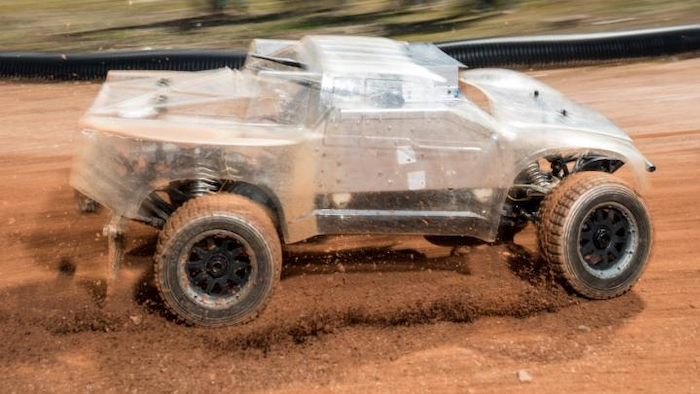 The Georgia Institute of Technology is one of 16 academic institutions selected for Toyota Research Institute's (TRI) collaborative research program.

Founded in 2015 and now in its second wave of investment with top universities, TRI will invest more than $75 million over the next five years. The university partners will focus on breakthroughs around tough technological challenges in key research priority areas of automated driving, robotics, and machine-assisted cognition.

"Georgia Tech is honored to work closely with TRI to advance robotics in key fields. It's an exciting start to what we hope will be a longer-term collaboration," said Seth Hutchinson, executive director of Georgia Tech's Institute for Robotics and Intelligent Machines and professor and KUKA Chair for Robotics in the School of Interactive Computing.

"This new phase of university research is about pushing even further and doing so with a broader, more diverse set of stakeholders. To get to the best ideas, collaboration is critical. And we sought out universities like Georgia Tech that share our vision of using AI for human amplification and societal good. The funded projects will contribute to two TRI focus areas: automated driving and home robotics," said Eric Krotkov, TRI chief science officer.

The two Georgia Tech projects total $2.2M over the next three years. Under the agreement, each team will be paired with TRI researchers, who will serve as co-investigators.

"There's a barrier to entry for the science in the field," said principal investigator James Rehg, a professor in the School of Interactive Computing. "Our platform uses a one-fifth scale vehicle, freeing us to do research at lower cost and without taking any risks - we can crash our car and it's inexpensive to repair and nobody gets hurt."

The autonomous cars will navigate the MiniCity and avoid hazards while obeying speed and traffic rules. Sensors will enable the cars to sense obstacles and make decisions on how fast to drive or how to steer. "We are addressing the issue of reproducibility of autonomous driving in a test environment," Rehg said.

According to Rehg, autonomy testing presents unique challenges. "There's a reason you get a driver's test -- you have to understand the variety of situations that can arise in driving and the rules, and you must understand how the context can change and make all the right decisions for safety."

With the MiniCity, Rehg and fellow investigator Evangelos Theodorou, an associate professor in the Daniel Guggenheim School of Aerospace Engineering, hope to develop a standardized testbed and protocol for testing and then invite academic teams to compete and measure the driving performance of their vehicles.

"It's really a powerful thing to have independence and be able to do things for yourself," said the project's principal investigator, Charlie Kemp, associate professor in the Wallace H. Coulter Department of Biomedical Engineering and adjunct associate professor in the School of Interactive Computing. Kemp also is a co-founder and the chief technology officer of Hello Robot Inc., a company that has commercialized robotic assistance technologies initially developed in his lab.

Looking at the aging issue, Kemp and co-PI Hutchinson will examine how to take advantage of complementary characteristics that can lead to better physical collaboration between an individual and a robot. 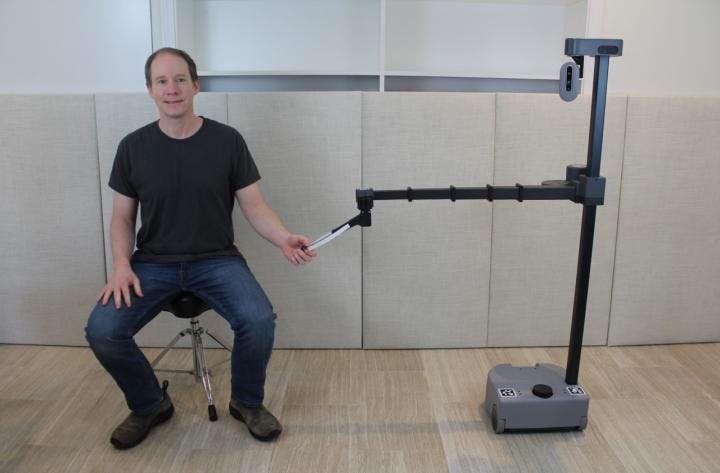 Georgia Tech robotics expert Charlie Kemp poses with his robot Stretch RE1 from Hello Robot, Inc. Robots like Stretch REI will be used in the TRI research to improve how people and robots work together.Charlie Kemp, Georgia Tech

"We are asking, 'How can an individual and a particular robot best work together?' 'How do we individualize the robot to the person to give them a better quality of life?'" Kemp said.

"It's a very intimate interaction between the robot and the human," Hutchinson said.

Both investigators share TRI's view that robotics that can assist older adults with daily living could make a major impact in the well-being of an increasingly graying population. In fact, during the next three decades, the global population over the age of 65 is projected to more than double. Japan, headquarters for Toyota, has the highest proportion of older citizens of any country in the world, with one in four people over 65.

"We have talked about robots helping older adults for decades and we're still not there," said Kemp. "There's a real opportunity to help people. As I get older, I'd love for this technology to be there for me and for my loved ones. While we still have a long way to go, the research can get us closer," he added.

Hutchinson acknowledged that it will take time before people see robotic assistive technologies in hospitals or people's homes, but the potential is there. "What is most exciting about the TRI project is it has the potential to show up in people's homes because TRI is invested in getting it there. And that means our research could really make an impact on a broad scale instead of only touching research journals or elite practitioners in the field," he said.

The investigators agree that Georgia Tech's multidisciplinary focus within robotics is a strength that will serve them well in their work with TRI, and especially in the future when autonomy goes mainstream.

"If you think about what it's going to take for autonomous vehicles to really exist in the world on a large scale and deliver passengers in high volumes, it's going to require all those things - engineering, science policy, law, and ethics - all those disciplines coming together," said Rehg.

Kemp agreed, noting that since founding his Healthcare Robotics Lab in 2007, he's attracted students from across engineering disciplines -- from mechanical and computing to electrical, aerospace, and biomedical.

"It's definitely something that's distinctive about Georgia Tech -- it's a real strength," he said.