Mars2020 is the most ambitious mission ever sent to the red planet. 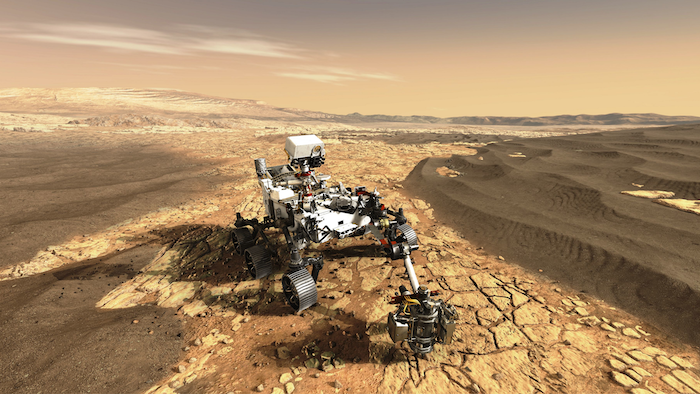 When NASA's Perseverance rover lands on the surface of the Red Planet next Thursday, key Airbus technology will be on board.
NASA JPL Caltech via Airbus

When NASA's Perseverance rover lands on the surface of the Red Planet next Thursday, key Airbus technology will be on board: the MEDA meteorological station will provide scientists with valuable Mars weather data and the High Gain Antenna System will ensure a high-speed comms link with Earth for the duration of the MARS2020 mission.

Perseverance will use seven scientific instruments to study the Martian biological and geological environment, including the MEDA (Mars Environmental Dynamics Analyzer) meteorological station, designed and built by Airbus.

The MEDA instrument will measure many environmental parameters using sensors distributed across the rover: wind speed and direction, relative humidity, atmospheric pressure, soil and air temperatures, solar radiation and also properties of suspended dust. These parameters will also be key when making the autonomous decision to release the Ingenuity helicopter on board the rover.

MEDA is the third Martian environmental station led by Airbus demonstrating its expertise in this field. The first was on board the Curiosity rover in 2012, known as REMS (Rover Environmental Monitoring Station), and the second on InSight in 2018, called TWINS (Temperature and Wind for InSight). Both were successful NASA / JPL missions.

All data from Perseverance’s discoveries will be sent to Earth through the high gain antenna system (HGAS) also designed and built by Airbus, based on an X-band transmitting and receiving antenna that will allow high speed data communications. The antenna is based on microstrip technology, developed in-house. It is protected from dust, to maintain clean conditions and thermal stability.

The antenna will directly send scientific data generated by the different instruments and information on the health status of the rover, without the need for intermediate links (e.g. orbiters). In addition, the vehicle will receive daily instructions from Earth with the tasks of the day. As the antenna is steerable, it can send a “beam” of information pointing directly at the Earth without moving the vehicle, which contributes to energy savings.

The extreme thermal excursions on Mars required qualification of the antenna system at temperatures ranging from -135ºC to + 90ºC with exhaustive thermal fatigue tests. This will be Airbus' second HGAS antenna system on Mars, with the first still operating flawlessly on board Curiosity eight years later.

Mars2020 is the most ambitious mission ever sent to Mars as it will examine Martian rock and soil in greater detail than ever before in search of evidence of past life on the planet and store, for their subsequent return to Earth, signs or traces of past life (bio-signatures).

Likewise, it will characterize the geological processes that make up the surface, and will measure the daily and seasonal evolution of the processes occurring in the Martian atmosphere, including the characterization of suspended dust. Perseverance will also test technologies to help pave the way for future human exploration of Mars, such as generating oxygen from carbon dioxide in the atmosphere or the first flight of a small helicopter on another planet.

More on Airbus and Mars

Airbus built Europe’s first mission to Mars – Mars Express which was launched in 2003. Airbus also designed and manufactured the surface lander Beagle 2 (carried to Mars by Mars Express), which was unfortunately lost after its release. 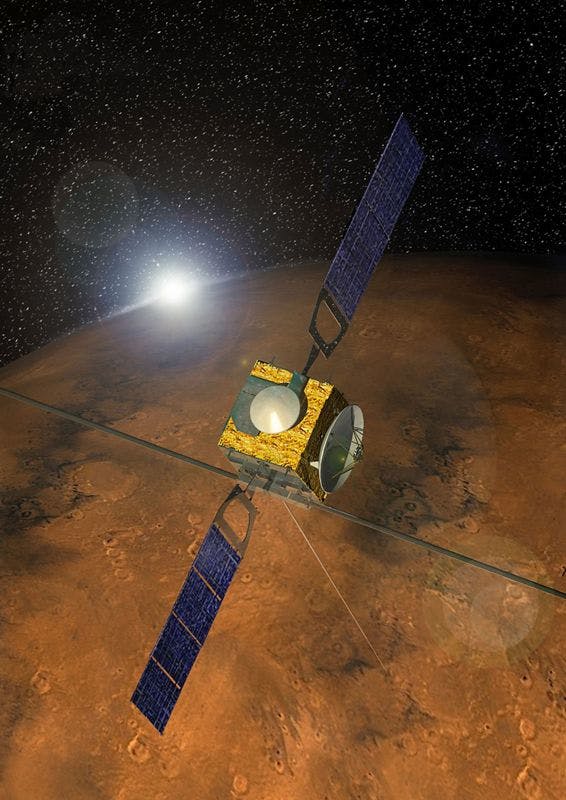 Airbus has designed and built the ESA ExoMars rover vehicle, Europe’s first rover to another planet. The ExoMars rover was built in a special bio-burden cleanroom in Stevenage (UK) to ensure it meets planetary protection guidelines. 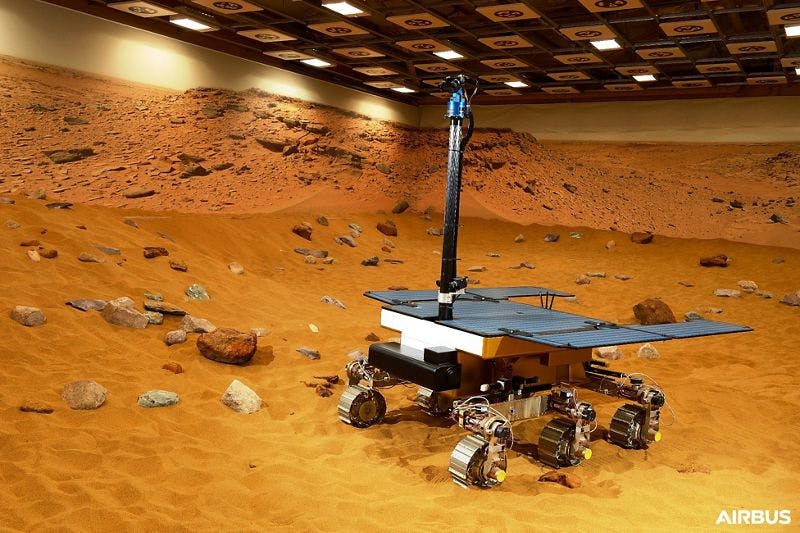 The ESA ExoMars rover vehicle is Europe’s first rover to another planet.Airbus

Airbus is working on the next study design phase (B2) of the Sample Fetch Rover (SFR) study on behalf of ESA as part of the Mars Sample Return mission. In 2026, SFR will be launched to Mars and search for the samples left behind by Perseverance. IT will collect and carry them back to the lander and place them in a Mars Ascent Vehicle which will launch them into orbit around Mars. 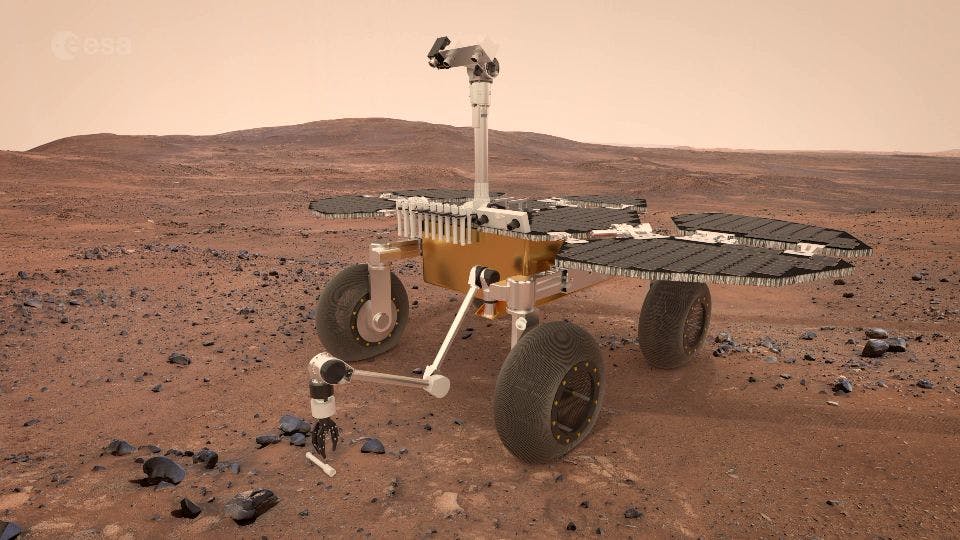 In 2026, Sample Fetch Rover will be launched to Mars and search for the samples left behind by Perseverance.ESA