Anthony Levandowski took a trove of self-driving car technology when he left Google. 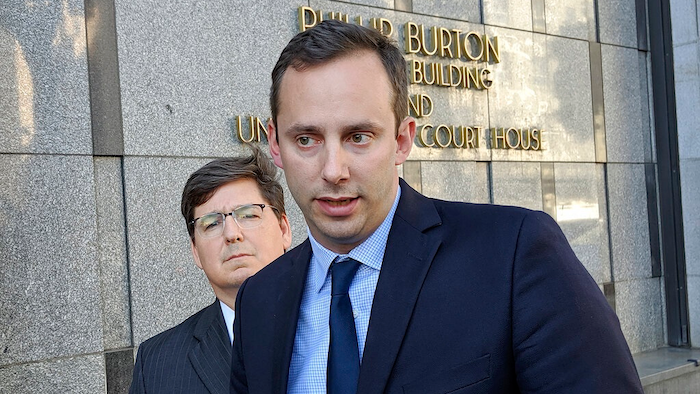 This Sept. 24, 2019 photo shows former Google engineer Anthony Levandowski, right, in front of his attorney, Miles Ehrlich, outside of a federal courthouse in San Francisco. President Donald Trump has pardoned Levandowski, who plead guilty to stealing trade secrets before joining Uber’s effort to build robotic vehicles for its ride-hailing service. Levandowski was among the more than 140 people included in a flurry of clemency action in the final hours of Trump’s White House term.
AP Photo/Michael Liedtke

Before leaving, Levandowski downloaded a trove of Google’s self-driving car technology, leading eventually to 33 counts of intellectual property theft against him. He plead guilty to one count and was sentenced to 18 months in prison last summer.

Levandowski was among the more than 140 people included in a flurry of clemency action in the final hours of Trump's White House term, which included former chief strategist Steve Bannon, ex-members of Congress and other allies of Trump and his family.

Levandowski thanked the president in an early morning tweet Wednesday, saying he was grateful for the opportunity to move forward.