For quadcopters, the failure of one motor is a big problem. 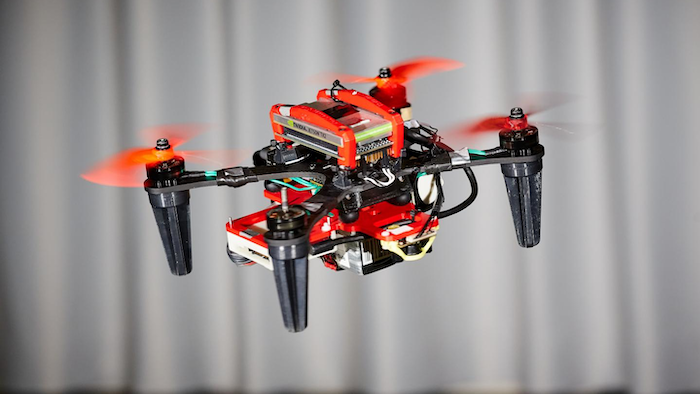 When one rotor fails, the drone begins to spin on itself like a ballerina.
UZH

As anxious passengers are often reassured, commercial aircrafts can easily continue to fly even if one of the engines stops working. But for drones with four propellers - also known as quadcopters - the failure of one motor is a bigger problem. With only three rotors working, the drone loses stability and inevitably crashes unless an emergency control strategy sets in.

Researchers at the University of Zurich and the Delft University of Technology have now found a solution to this problem: They show that information from onboard cameras can be used to stabilize the drone and keep it flying autonomously after one rotor suddenly gives out.

"When one rotor fails, the drone begins to spin on itself like a ballerina," explains Davide Scaramuzza, head of the Robotics and Perception Group at UZH and of the Rescue Robotics grand challenge at NCCR Robotics, which funded the research. "This high-speed rotational motion causes standard controllers to fail unless the drone has access to very accurate position measurements." In other words, once it starts spinning, the drone is no longer able to estimate its position in space and eventually crashes.

One way to solve this problem is to provide the drone with a reference position through GPS. But there are many places where GPS signals are unavailable. In their study, the researchers solved this issue for the first time without relying on GPS, instead using visual information from different types of onboard cameras.

The researchers equipped their quadcopters with two types of cameras: standard ones, which record images several times per second at a fixed rate, and event cameras, which are based on independent pixels that are only activated when they detect a change in the light that reaches them.

The research team developed algorithms that combine information from the two sensors and use it to track the quadrotor's position relative to its surroundings. This enables the onboard computer to control the drone as it flies - and spins - with only three rotors. The researchers found that both types of cameras perform well in normal light conditions. "When illumination decreases, however, standard cameras begin to experience motion blur that ultimately disorients the drone and crashes it, whereas event cameras also work well in very low light," says first author Sihao Sun, a postdoc in Scaramuzza's lab. 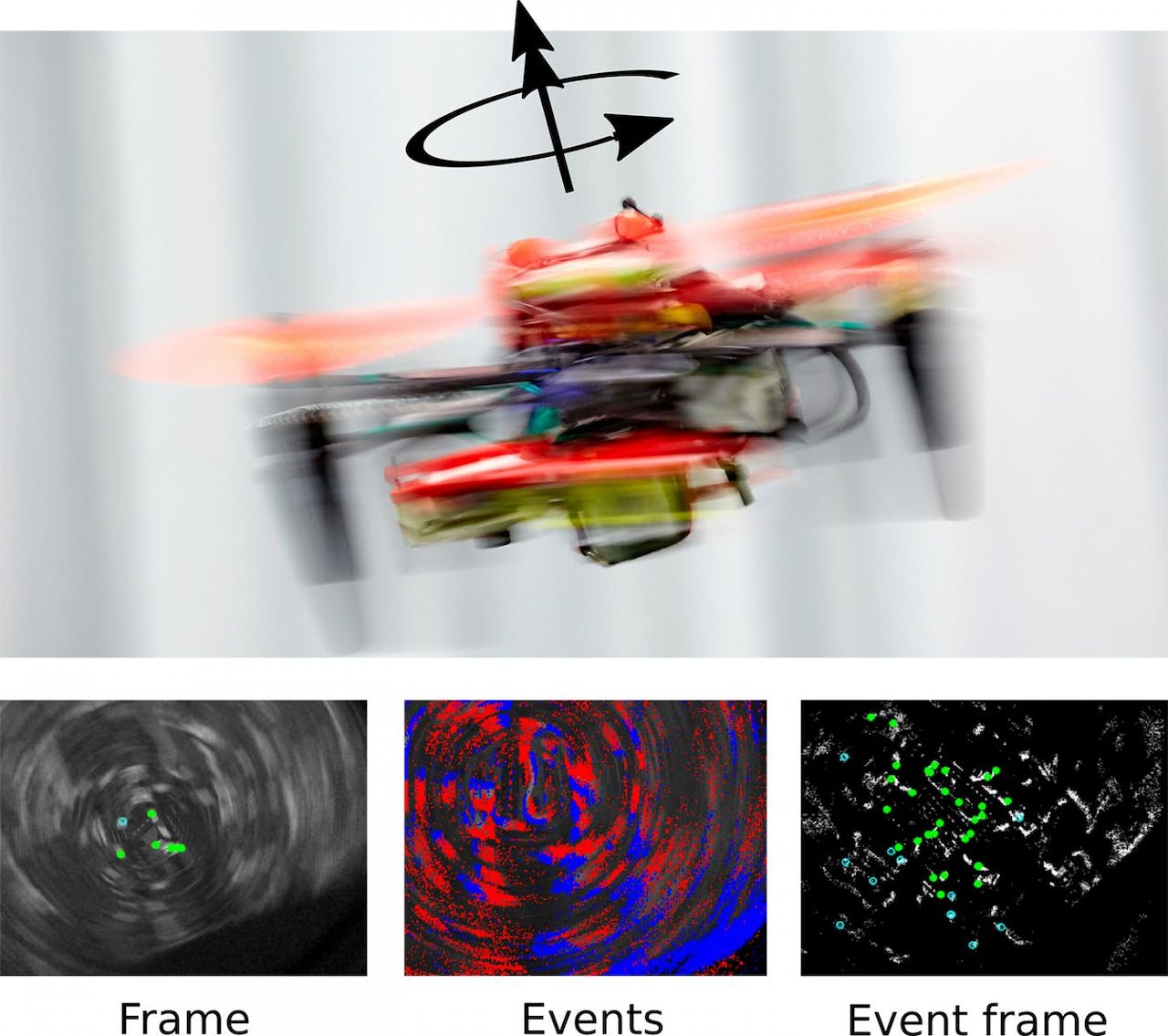 The algorithms combine the information from the sensors to track the quadrotor's position in the environment.UZH

The problem addressed by this study is a relevant one, because quadcopters are becoming widespread and rotor failure may cause accidents. The researchers believe that this work can improve quadrotor flight safety in all areas where GPS signal is weak or absent.