The screen lets the passenger watch TV without distracting the driver. 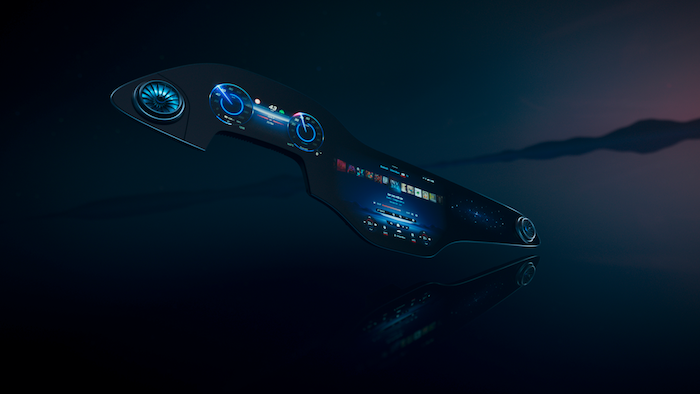 In this undated handout image provided by Mercedes-Benz, a new MBUX Hyperscreen is pictured. The new electric sedan from Mercedes will replace the conventional dashboard with a screen that extends almost the width of the car.
Mercedes-Benz via AP

FRANKFURT, Germany (AP) — Daimler's Mercedes-Benz has unveiled a key interior component of its upcoming electric luxury sedan: a large, curved screen that sweeps across almost the entire width of the car instead of a conventional dashboard.

The MBUX Hyperscreen option available on the EQS sedan uses artificial intelligence to learn what functions the driver uses most, such as navigation and hands-free phone calls. Ola Kallenius, CEO of parent company Daimler AG, said Thursday in a recorded video presented online that the screen “only shows what is needed: no scrolling, no browsing.”

The screen also lets the front-seat passenger watch television in some markets, while preventing the driver from seeing that part of the screen to avoid distraction.

Kallenius said the EQS would showcase the company's efforts in digitalisation and electrification, two trends that are shaking up the industry. The EQS, the electric counterpart to the Mercedes conventionally powered S-Class, is one of four battery-powered models coming this year as German carmakers seek to challenge Tesla.