Linkages near the ball joints can fail, allowing contact between the tire and wheel liner. 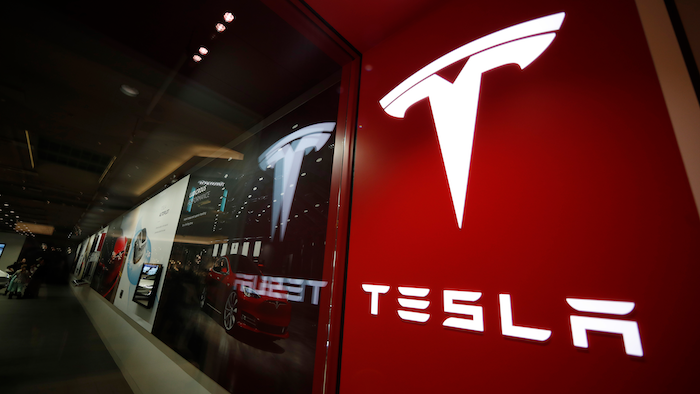 In this Feb. 9, 2019, file photo, a sign bearing the company logo stands outside a Tesla store in Cherry Creek Mall in Denver. U.S. safety regulators are continuing their investigation into complaints that Tesla’s giant touch screens can fail and cause the cars to lose the rear camera display and other functions. A preliminary investigation was opened in June 2020 covering 63,000 Model S vehicles.
AP Photo/David Zalubowski, File

The National Highway Traffic Safety Administration says it has 43 complaints that linkages near the ball joints can fail, allowing contact between the tire and wheel liner.

The agency says 32 owners complained of failures at low speeds, but 11 said the links failed on roads while traveling above 10 mph including four at highway speeds. It says the number of complaints is increasing as the vehicles age, with 32 in the last two years. Three of the highway complaints came in the last three months.

In addition, NHTSA says it has eight complaints that may involve suspension failures that haven’t been confirmed by photos or service records.

The agency said it has no reports of crashes or injuries.

The agency says it will investigate how often the problem happens and the safety consequences. The probe could lead to a recall.

A message was left early Friday seeking comment from Tesla.

NHTSA says that in 2017, Tesla issued a service bulletin describing the failure and saying that drivers could still control the vehicles “but the tire may contact the wheel arch liner.” The bulletin says vehicles with the problems were built from Jan. 19, 2016 to May 25, 2016.