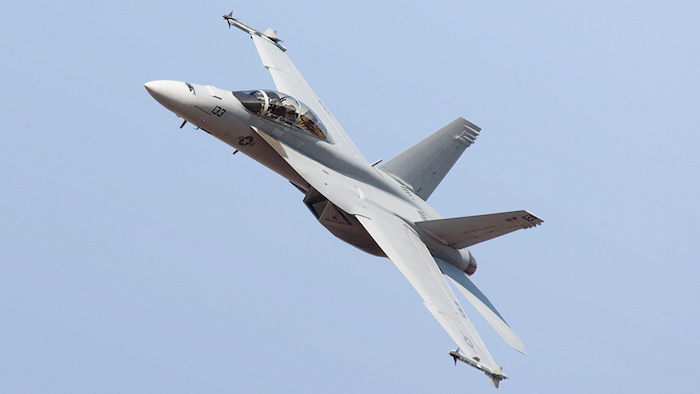 ST. LOUIS – Boeing and the U.S. Navy will demonstrate advanced missile technologies that will make carrier air wing strike fighters more lethal against threats into the next decade.

Boeing has been awarded a $30 million contract from the Navy to co-develop the Supersonic Propulsion Enabled Advanced Ramjet (SPEAR) flight demonstrator with the Navy’s Air Warfare Center Weapons Division. The contract award comes after the Department of Defense requested information from the defense industry to help the Navy determine technical requirements of future carrier-based land and sea strike weapons systems.

“The SPEAR flight demonstrator will provide the F/A-18 Super Hornet and carrier strike group with significant improvements in range and survivability against advanced threat defensive systems,” said Steve Mercer, Boeing’s SPEAR program manager. “We have a talented team of engineers to meet the challenging technical demands and schedule timeline that the SPEAR program requires. We look forward to working with Navy experts to advance technologies for the Navy’s future capabilities.”

Boeing and the Navy Air Warfare Center Weapons Division plan to fly the SPEAR demonstrator in late 2022. Prior successes by Boeing in developing supersonic and hypersonic technologies include the X-51 Waverider test vehicle in 2010 and the Variable Flow Ducted Rocket propulsion system under the Triple Target Terminator program in 2014.

It will explore the "double-edged sword of computational advances in the public and government sphere."
Nov 23rd, 2020

Japanese astronaut Soichi Noguchi — only the third person to launch aboard all three — said the Dragon “really wanted to go to space.”
Nov 20th, 2020
Follow Us
Most Recent