The concept uses enclosed pods to zip passengers underground at over 600 mph. 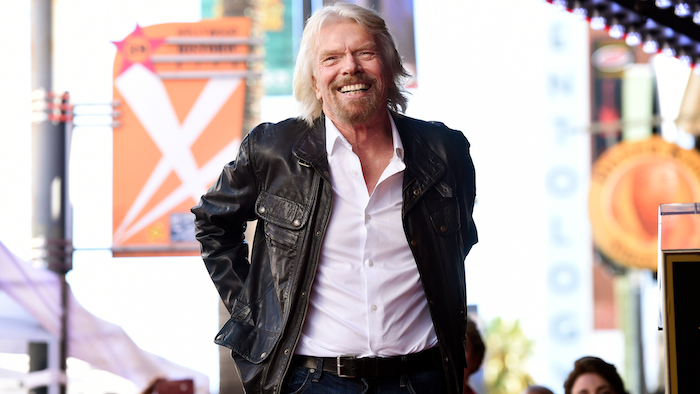 In this Oct. 16, 2018 file photo, Richard Branson appears at a ceremony honoring him with a star on the Hollywood Walk of Fame, in Los Angeles. Virgin Hyperloop One will build a certification center in West Virginia to test the high-speed transportation concept that uses enclosed pods to zip passengers underground at over 600 mph (966 kph). The company had received bids from 17 states in 2020 to build a 6-mile testing track and other facilities over hundreds of acres for its electromagnetic levitation transportation technology.
Chris Pizzello/Invision/AP File

CHARLESTON, W.Va. (AP) — Virgin Hyperloop One will build a certification center in West Virginia for the high-speed transportation concept that uses enclosed pods to zip passengers underground at over 600 mph (960 km/h).

The company had received bids from more than a dozen states in the past year to build a 6-mile (9.7-kilometer) testing track and other safety facilities over hundreds of acres for the electromagnetic levitation transportation technology.

Hyperloop technology, which Tesla founder Elon Musk is also developing, hopes to one day provide clean-energy fast travel across the country. Virgin is studying building a route that would link Chicago and Pittsburgh in under an hour. Certification for commercial travel is still expected to be at least a decade away.

West Virginia and Virgin officials said the new center will bring thousands of temporary construction jobs to a state that has witnessed economic decline with the downturn of the coal industry. The facility will employ up to 200 full-time workers when completed.

“What we're doing is bringing a new industry straight to the place where West Virginians once mined," said Jay Walder, CEO of Virgin Hyperloop One, at an announcement with the governor and state's U.S. senators.

Missouri had hoped to land the project for an ultrafast Hyperloop track that would transport passengers between St. Louis and Kansas City in 30 minutes. State lawmakers earlier this year passed a bill that would give the Missouri Highways and Transportation Committee the authority to form a public-private partnership to build it.

The company did not say if any financial incentives were offered in West Virginia's proposal. Mike Schneider, a vice president at Virgin Hyperloop, said the company was not “looking for gigantic tax breaks.” A spokeswoman said that the project is expected to be financed by private and public funds.

“The Hyperloop Certification Center is a long-term, multi-county project, so we are still working through how the various assistance programs will be best utilized,” Virgin spokeswoman Sarah Lawson wrote in an email.

The center will be located over 800 acres (325 hectares) in Tucker and Grant counties in the northeast of West Virginia. Construction is planned to begin in 2021 on an assembly facility for pods, safety centers and other operations.

Virgin will partner with Marshall University and West Virginia University, which predicted the center will add $48 million annually to the state's economy.

The U.S. Department of Transportation has aimed to support the nascent technology with new grants for companies such as Virgin. Hyperloop systems rely on low-pressurized tunnels to ensure pods can transport passengers and goods at high speeds.