The 737 MAX is ready to fly again, but plane certification still needs to be fixed. 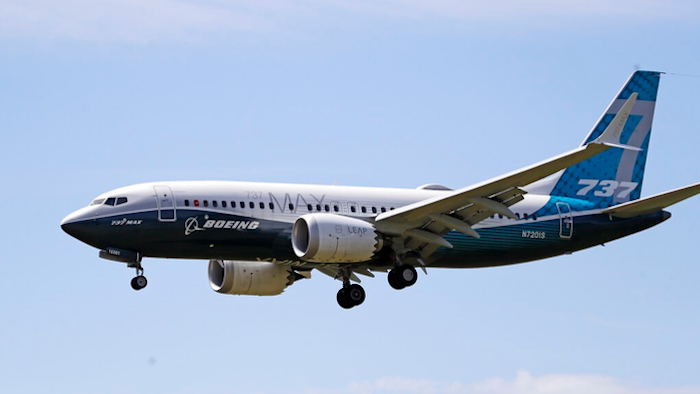 After being grounded in March 2019 following two fatal crashes, the Boeing 737 MAX is expected to be certified by the Federal Aviation Administration to fly again later this fall. Investigations pointed to a problem with the aircraft’s Maneuvering Characteristics Augmentation System, or MCAS. This automated control system was designed to stabilize the plane and compensate for the more powerful engines used on the 737 MAX compared to previous versions.

The FAA’s certification of the plane has come under fire because manufacturers can speed up the process by having only enhancements to a preapproved aircraft reviewed and certified. Ronnie R. Gipson Jr., an expert in aviation law and visiting professor at the University of Memphis Cecil C. Humphreys School of Law, whose work was cited in the House Committee on transportation and infrastructure’s report on this issue, explains what happened and ways to improve these safety regulations.

What are the criticisms of the FAA certification process stemming from the 737 MAX crashes?

The process for the certification of a transport category aircraft is a very involved and costly process. The aircraft manufacturers that go down this path have to be committed to spending hundreds of millions of dollars. It starts with an initial design, and the aircraft that is produced is then subjected to dynamic flight testing for compliance with all of the Federal Aviation Administration regulations. Once the airplane satisfies all those requirements, the aircraft is given an original type certificate by the FAA. The aircraft manufacturer is then allowed to produce aircraft and sell them.

As time goes on, technology advances and the manufacturer identifies ways to improve on that original design. So the manufacturer goes back to the FAA and says, “We want to take this initial design that we have and amend it because we made some changes.” At this point, the aircraft manufacturer files what’s called an amended type certificate application for a derivative aircraft from the baseline aircraft. For example, the original type certificate for the first 737 design was submitted to the FAA in 1967. That original design has had multiple derivative aircraft approved by the FAA, with the 737 MAX being the 13th version.

Certification timeline of the Boeing 737 series of aircraft.US Department of Transportation, Office of Inspector General

In the amended type certification process, the regulatory authority focuses only on what’s changed. Another thing to keep in mind is that the FAA just doesn’t have the manpower to oversee all the tests that go with an amended type certificate approval. Therefore, the FAA reviews most of the critical changes related to safety and delegates the noncritical changes for review to the manufacturers – in this case to a body in Boeing which consists essentially of Boeing employees.

And that’s what happened here. MCAS wasn’t necessarily presented as a change in the design impacting control in flight. As a result, the MCAS was not a priority for the FAA in the amended certificate approval process. The MCAS capabilities and what it was supposed to control were never fully revealed. That’s really where the problem started. It was with the narrative that was being presented to the FAA, and the lack of oversight in the amended type certificate process. The result was that the MCAS system that was initially presented to the FAA at the beginning of the amended type certificate process was not the same system that ended up in the aircraft (view chart in gallery).

How will the recent recertification for the 737 MAX ensure that the model is now safe?

The FAA has had to backtrack and give the MCAS system the intense level of scrutiny that it deserved. The FAA has required the manufacturer to go back and make significant adjustments to the software, in addition to changes to the operator’s manual, which is what the pilots would see.

How can the certification process be improved?

I see two paths to take. First, for a transport category aircraft, regulations are changed so that the manufacturer can receive amended type certificates for only 20 years after the original type certificate has been issued by the FAA.

The second component to resolving this problem would be to step in and review what areas the FAA can delegate oversight authority for system changes in an amended aircraft certification application review.

What are the obstacles to making these changes?

One would be money. The FAA has a budget, and these are very costly measures because the FAA will need more engineers and administrators. And for that to happen, Congress has to be prepared to spend the money to make that happen by increasing the FAA’s budget.

There’s also going to be a cost to the industry. Implementing the proposal of a 20-year cap on the validity of that original type certificate is going to impose a greater financial cost on the aircraft manufacturers of transport category aircraft. They’re not going to have as much time to get a return on their investment for the aircraft that they produce. So the aircraft are going to end up costing more, which means the airlines are going to end up paying more for those planes. And that cost is going to trickle down to the flying public in those seats.

This article is republished from The Conversation under a Creative Commons license. Read the original article here: https://theconversation.com/the-737-max-is-ready-to-fly-again-but-plane-certification-still-needs-to-be-fixed-heres-how-147157.