The tech could bring down the cost of the vehicles and increase their range and durability. 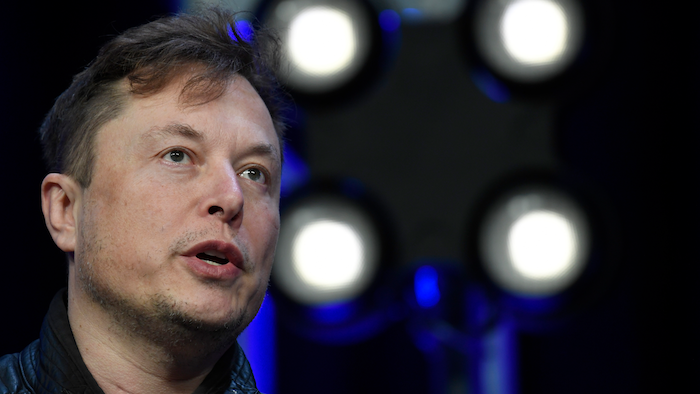 Tesla Chief Executive Officer Elon Musk is expected to announce a breakthrough in electric vehicle battery chemistry on Tuesday Sept. 22 that could bring down the cost of the vehicles and increase their range and durability. At an event called “battery day,” Musk likely will show off the new technology, which could increase the traveling range per charge and durability of its batteries.
AP Photo/Susan Walsh, File

DETROIT (AP) — Tesla is expected to announce a breakthrough in electric vehicle battery chemistry on Tuesday that could bring down the cost of the vehicles and increase their range and durability.

The new technology, to be unveiled Tuesday by CEO Elon Musk, could mean a broader range of travel and improved battery durability.

But Musk on Twitter Monday warned that the new technology would not be ready for high-volume production until 2022, sending company shares down 5% Tuesday.

Musk has made made vague references about emerging battery technology on Twitter, and analysts expect him to announce a battery that will be able to travel 1 million miles before its storage capacity begins to deteriorate.

“Everybody's been been trying to make lithium metal viable,” Abuelsamid said. “If they can do it, that would definitely make for an advance in energy density.”

Tesla also could announce another chemistry, lithium ion phosphate, which is used in China. It can be recharged many more times than lithium ion, and is stable and safe to use, but it doesn't store as much energy, Abuelsamid said.

The new chemistry likely will be needed as Tesla rolls out larger vehicles including its “Cybertruck” pickup and a Semi that is under development. The pickup will be available late next year, while Semi production is to begin sometime during 2021.

“We know TSLA is going to promote its technology and needs to if Semi and Cybertruck are the next platforms both requiring high density solutions,” Canaccord analyst Jed Dorsheimer wrote.

“The big question will be on follow through. It’s one thing to announce all these breakthroughs, which might be great for momentum algorithms, but like most things (Tesla), the devil will be in the details, which sadly will take some time to play out,” Dorsheimer wrote.

Newer electric vehicles can travel more than 300 miles on a single charge, making them competitive with vehicles powered by internal combustion engines. But automakers and battery companies are looking for technology that can make the batteries hold more energy and travel even farther.

On Monday, Musk wrote on Twitter that Tesla intends to keep buying battery cells from Panasonic and other suppliers, but unless Tesla increases battery production, he sees shortages in 2022 and beyond. He also wrote that whatever battery he announces will not go into high-volume production until 2022. Musk has notoriously missed production deadlines in the past and he wrote Monday that it’s difficult to ramp up production for a new technology.

Tesla is not alone in hinting at battery advancements. General Motors President Mark Reuss, in a website posting last week, wrote that GM’s battery lab is testing a promising new chemistry that could bring down the cost of batteries. The chemistry using silicon, lithium and other metals, is “expected to improve vehicle range and affordability,” Reuss wrote. “Early results are promising and show the necessary durability.”