The mission will look for signs of ancient life. 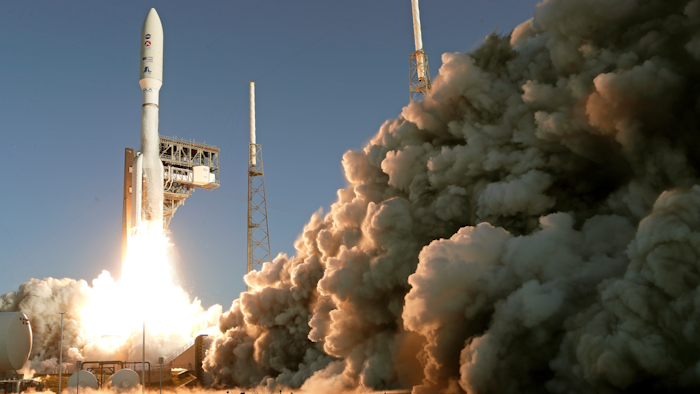 CAPE CANAVERAL, Fla. (AP) — The biggest, most sophisticated Mars rover ever built — a car-size vehicle bristling with cameras, microphones, drills and lasers — blasted off for the red planet Thursday as part of an ambitious, long-range project to bring the first Martian rock samples back to Earth to be analyzed for evidence of ancient life.

NASA’s Perseverance rode a mighty Atlas V rocket into a clear morning sky in the world’s third and final Mars launch of the summer. China and the United Arab Emirates got a head start last week, but all three missions should reach their destination in February after a journey of seven months and 300 million miles (480 million kilometers).

The plutonium-powered, six-wheeled rover will drill down and collect tiny geological specimens that will be brought home in about 2031 in a sort of interplanetary relay race involving multiple spacecraft and countries. The overall cost: more than $8 billion.

NASA’s science mission chief, Thomas Zurbuchen, pronounced the launch the start of “humanity’s first round trip to another planet.”

“Oh, I loved it, punching a hole in the sky, right? Getting off the cosmic shore of our Earth, wading out there in the cosmic ocean," he said. “Every time, it gets me.”

In addition to addressing the life-on-Mars question, the mission will yield lessons that could pave the way for the arrival of astronauts as early as the 2030s.

“There’s a reason we call the robot Perseverance. Because going to Mars is hard,” NASA Administrator Jim Bridenstine said just before liftoff. “In this case, it’s harder than ever before because we’re doing it in the midst of a pandemic.”

The U.S., the only country to safely put a spacecraft on Mars, is seeking its ninth successful landing on the planet, which has proved to be the Bermuda Triangle of space exploration, with more than half of the world's missions there burning up, crashing or otherwise ending in failure.

China is sending both a rover an orbiter. The UAE, a newcomer to outer space, has an orbiter en route.

It’s the biggest stampede to Mars in spacefaring history. The opportunity to fly between Earth and Mars comes around only once every 26 months when the planets are on the same side of the sun and about as close as they can get.

Launch controllers wore masks and sat spaced apart at the Cape Canaveral control center because of the coronavirus outbreak, which kept hundreds of scientists and other team members away from Perseverance’s liftoff.

About an hour into the flight, controllers applauded, pumped their fists and exchanged air hugs and pantomimed high-fives when the rocket flawlessly broke out of orbit around the Earth and began hurtling toward Mars.

“We have left the building. We are on our way to Mars,” Perseverance’s chief engineer, Adam Steltzner, said from NASA's Jet Propulsion Laboratory in Pasadena, California.

“That was overwhelming. Overall, just ‘Wow!’” said Alex Mather, the 13-year-old Virginia schoolboy who proposed the name Perseverance in a NASA competition and watched the launch in person with his parents.

The launch went off on time at 7:50 a.m. despite a 4.2-magnitude earthquake 20 minutes before liftoff that shook the Jet Propulsion Laboratory.

If all goes well, the rover will descend to the Martian surface on Feb. 18, 2021, in what NASA calls seven minutes of terror, in which the craft goes from 12,000 mph (19,300 kph) to a complete stop, with no human intervention whatsoever. It is carrying 25 cameras and a pair of microphones that will enable Earthlings to vicariously tag along.

Perseverance will aim for treacherous unexplored territory: Jezero Crater, riddled with boulders, cliffs, dunes and possibly rocks bearing the chemical signature of microbes from what was once a lake more than 3 billion years ago. The rover will store half-ounce (15-gram) rock samples in dozens of super-sterilized titanium tubes.

It also will release a mini helicopter that will attempt the first powered flight on another planet, and test out other technology to prepare the way for future astronauts. That includes equipment for extracting oxygen from Mars' thin carbon-dioxide atmosphere.

The plan is for NASA and the European Space Agency to launch a dune buggy in 2026 to fetch the rock samples, along with a rocket ship that will put the specimens into orbit around Mars. Then another spacecraft will capture the orbiting samples and bring them home.

Samples taken straight from Mars, not drawn from meteorites discovered on Earth, have long been considered “the Holy Grail of Mars science,” according to NASA’s original and now-retired Mars czar, Scott Hubbard. 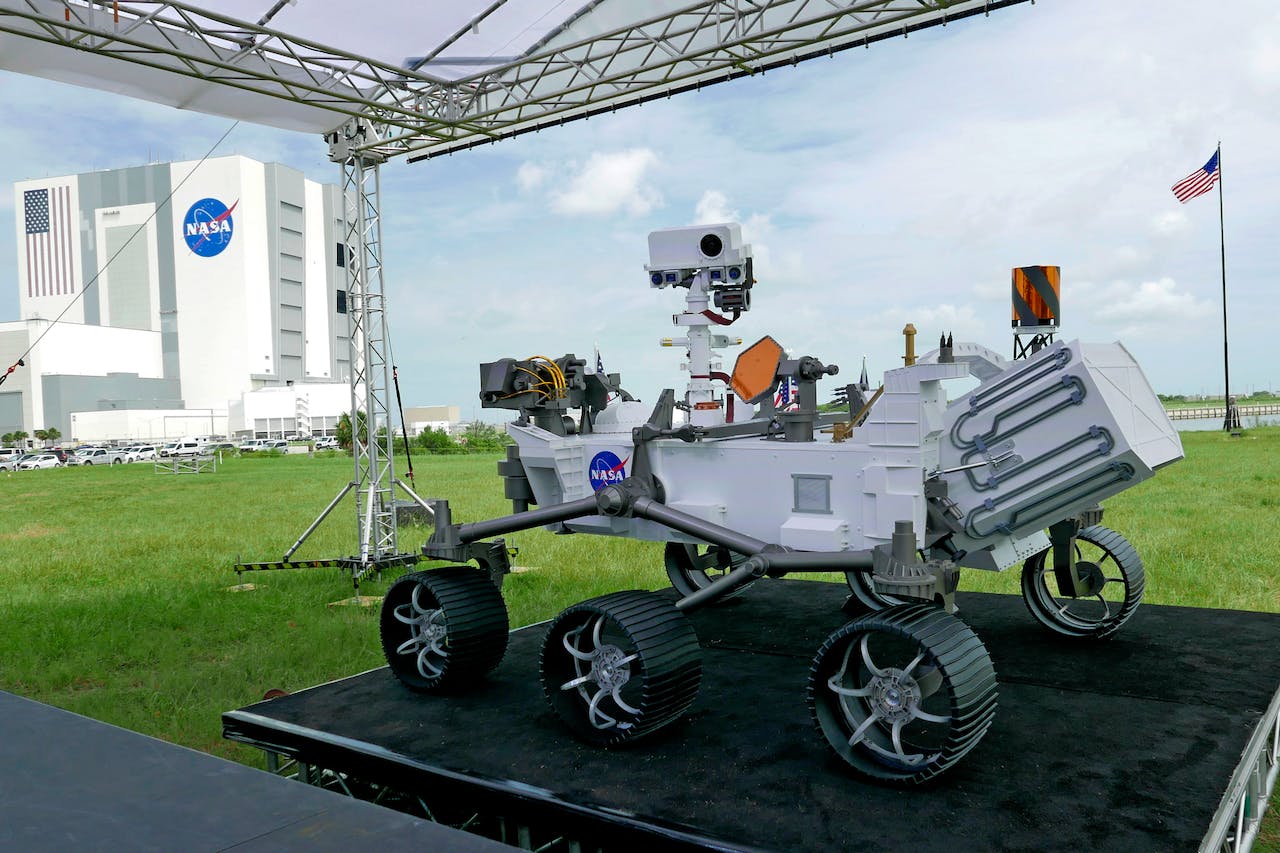 A replica of the Mars rover Perseverance is displayed outside the press site before a news conference at the Kennedy Space Center Wednesday, July 29, 2020, in Cape Canaveral, Fla. United Launch Alliance Atlas V rocket launch scheduled for tomorrow will transport the rover to Mars.AP Photo/John Raoux

To definitively answer the profound question of whether life exists — or ever existed — beyond Earth, the samples must be analyzed by the best electron microscopes and other instruments, far too big to fit on a spacecraft, he said.

“I’ve wanted to know if there was life elsewhere in the universe since I was 9 years old. That was more than 60 years ago,” the 71-year-old Hubbard said from his Northern California cabin. “But just maybe, I’ll live to see the fingerprints of life come back from Mars in one of those rock samples.”

Said Bridenstine: "There is nothing better than bringing samples back to Earth where we can put them in a lab and we can apply every element of technology against those samples to make determinations as to whether or not there was, at one time, life on the surface of Mars.”

Two other NASA landers are also operating on Mars: 2018′s InSight and 2012′s Curiosity rover. Six other spacecraft are exploring the planet from orbit: three from the U.S., two from Europe and one from India.