Every few milliseconds, precise commands are sent to more than 40 electronic controllers throughout the aircraft. 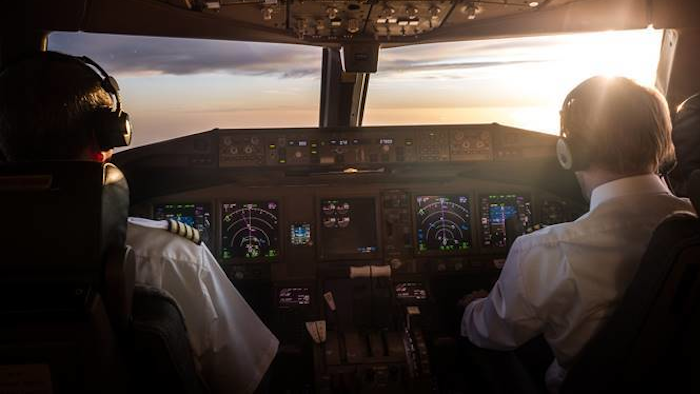 BAE Systems is working to define and develop the flight control systems for the future.
BAE Systems

ENDICOTT, N.Y. - Flight controls are the components beneath an aircraft’s surface that make it fly. Early flight controls were mechanical and used cables and pulleys to connect the pilot’s yoke and pedals to the aircraft’s controls surfaces. Today, most modern aircraft operate with fly-by-wire controls, which are electronic systems that are lighter and can help save on fuel.

Fly-by-wire controls use sensors and computers to translate pilot inputs into commands. The commands transmit to the aircraft’s actuators to move the control surfaces. These surfaces, such as ailerons, spoilers and rudders, generate the torque needed to control the movement of the aircraft.

BAE Systems introduced fly-by-wire technology to military aircraft nearly five decades ago with both the F-16 and F-18, which flew with our systems in the mid-1970s. Just a few years later, we introduced the technology on a commercial aircraft and by 1994, we had designed the first complete commercial fly-by-wire system for the 777. Most recently, our controls have enabled the first flights of the AW-609, B525 Relentless, and 777X.

Overall, our fly-by-wire systems have flown on more than 50 different aircraft and accumulated more than 150 billion flight hours. That means that every second of every day, an aircraft takes off and lands safely because of our flight-critical systems.

Pioneering the next frontier

Fly-by-wire technology will continue to evolve when the first hybrid and all-electric aircraft take to the skies. These aircraft will require smarter and more integrated controls that are small enough to fit into two-seat air taxis and can scale up to a 400-seat passenger airliner. While electric flight may be a decade away, BAE Systems is working now to define and develop the flight control systems for the future.

The company has been investing in its core technology to make fly-by-wire systems smaller, lighter, and faster than ever before. Its latest computers send precise commands every few milliseconds to more than 40 electronic controllers distributed throughout the aircraft.

The systems are also 40 percent smaller and lighter than they were just five years ago. In addition, BAE is developing advanced algorithms that will make flight controls more resilient to cyberattacks.

We are not stopping there, and our eyes are on the future of flight. Fly-by-wire systems are essential for the next generation of aircraft to leave the runway. BAE Systems is ready for tomorrow, with the technology to make it possible and the expertise to make electric flight safe.