The brand takes aim at Jeep. 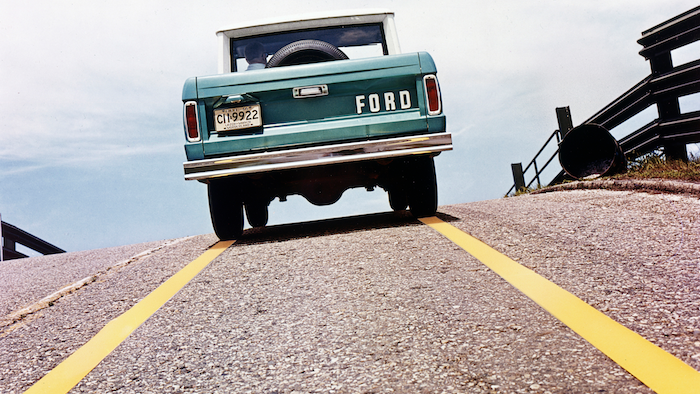 This photo provided by Ford Motor Co. shows a 1967 Ford Bronco T67-515. Ford is reviving the Bronco SUV brand in an effort to cash in on the rugged U.S. off-road vehicle market now owned by Jeep. Ford believes the Bronco name will evoke good memories from its off-road heritage during a three-decade run that ended in 1996.
Ford Motor Co. via AP

DETROIT (AP) — When it comes to rugged vehicles that go off the road, over rocks and into the mud to experience nature, Jeep for years has cornered the U.S. market.

Now Ford is reviving the Bronco brand name in an effort to take a slice.

Later this month the company will introduce two new off-road vehicles, a Ranger pickup-sized Bronco that will come in two- and four-door versions, and the smaller Escape-sized Bronco Sport, both aimed at taking sales from Fiat Chrysler’s top brand.

It won’t be easy for a brand best known as O.J. Simpson’s ride in a 1994 low-speed chase with Los Angeles police who wanted him on murder charges. Jeep has sold well over 800,000 vehicles for the past five years, and more than 900,000 in three of those years.

Ford wants to avoid the O.J. ties. It moved the date it would unveil the SUVs from July 9, Simpson’s birthday, to July 13. The automaker believes the Bronco name will evoke good memories from its off-road heritage during a three-decade run that ended in 1996. At its introduction in August of 1965, Ford called the Bronco a new line of sport utility vehicles, the first reference to SUVs from an American automaker, the company said.

“There’s a huge brand cache here,” said Kumar Galhotra, Ford’s president of the Americas. “That’s why we felt strongly enough that we could build a family of vehicles.”

Galhotra says people are passionate about the Bronco, pointing to high prices that restored old vehicles are commanding and frequent searches for the name on the internet.

Although the new Broncos will share some parts with other Ford vehicles, they’ve got beefed up suspensions and were designed for off-road use, the company said. They’ve also been torture tested on trails and in extreme heat and cold and will come with a new system to manage all terrains. All will come standard with four-wheel-drive. Specific details of the vehicles won’t be released until the July 13 event. The Sport goes on sale late this year and the larger Bronco hits dealers in the spring.

David Kelleher, owner of a Jeep dealership in Glen Mills, Pa., near Philadelphia, says he’s happy to see the Bronco name return, but he’s not too worried about the threat to Jeep sales.

The Broncos don’t seem to be aimed specifically at Jeep’s top sellers, the Grand Cherokee large SUV and the smaller Wrangler, he said. He’s surprised that another automaker hasn’t come after the Wrangler, a traditional-looking Jeep with a removable roof and doors.

If the Bronco is able to dent sales of the Grand Cherokee, it probably won’t be for long, Kelleher said. A redesigned Grand Cherokee is due out next year, he said. 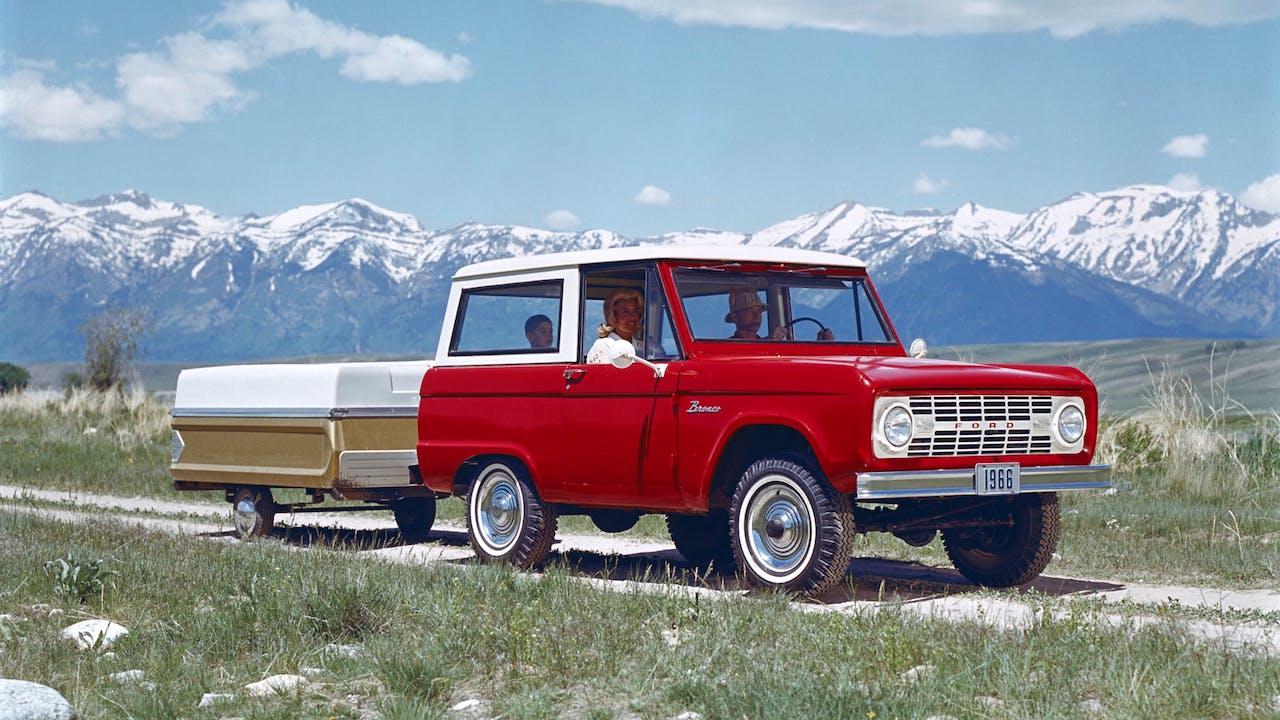 This photo provided by Ford Motor Co. shows a 1966 Ford Bronco. Ford is reviving the Bronco SUV brand in an effort to cash in on the rugged U.S. off-road vehicle market now owned by Jeep. Ford believes the Bronco name will evoke good memories from its off-road heritage during a three-decade run that ended in 1996.Ford Motor Co. via AP

“If Bronco takes a little bit of a stake in the marketplace, shortly thereafter they may not be the new kid on the block anymore,” he said.

The Bronco name is highly recognized by consumers, says Michelle Krebs, executive analyst at Cox Automotive, but she doesn’t think it carries the weight of Jeep.

She said the coronavirus pandemic may increase the size of the market for off-road vehicles with more people now opting to take road trips and travel outdoors by vehicle. The Bronco, she said, will have to prove its off-road capability.

“Jeep has pretty much that territory all to itself,” she said. “It’s been overdue that they’ve had some competition.”

EV to Drive from North to South Pole

May 26th, 2022
Latest in Product Development