The move makes Boston the second-largest U.S. city after San Francisco to enact a ban. 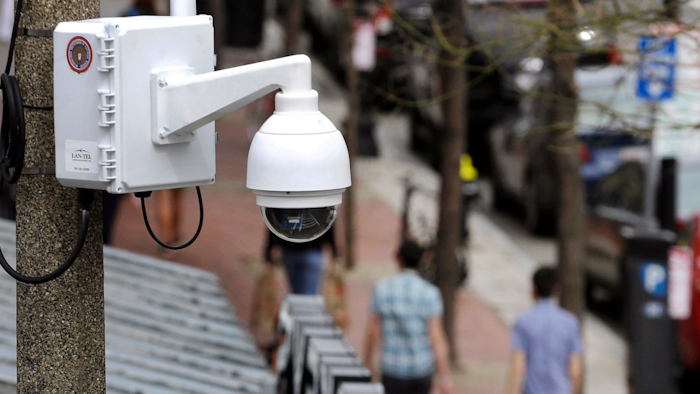 In this April 14, 2014, file photo, a surveillance camera is attached to a light pole along Boylston Street in Boston. The Boston City Council voted unanimously, Wednesday, June 24, 2020, to pass a ban on the use of facial recognition technology by city government.
AP Photo/Steven Senne, File

BOSTON (AP) — The Boston City Council voted unanimously Wednesday to pass a ban on the use of facial recognition technology by city government.

The move makes Boston the second-largest U.S. city after San Francisco to enact a ban. The city joins several other Massachusetts communities that passed similar bans, including Cambridge, Springfield, Northampton, Brookline and Somerville.

“Boston should not use racially discriminatory technology that threatens the privacy and basic rights of our residents,” At-Large Boston City Councilor Michelle Wu said in a statement. “Community trust is the foundation for public safety and public health.”

The push against the technology is being driven both by privacy concerns and after several studies have shown current face-recognition systems are more likely to err when identifying people with darker skin.

“While face surveillance is a danger to all people, no matter the color of their skin, the technology is a particularly serious threat to Black and brown people,” Councilor Ricardo Arroyo said in a statement.

The American Civil Liberties Union-Massachusetts has been pushing a bill on Beacon Hill that aims to establish a statewide moratorium on the government use of facial surveillance and other remote biometric screening technologies until the Legislature imposes checks and balances to protect the public’s interest.

The Boston measure is now sent to Democratic Mayor Marty Walsh’s desk. If he takes no action in 15 days, it will automatically become law.