It is the only weapon that allows pilots to hit a moving target through bad weather, dust and smoke. 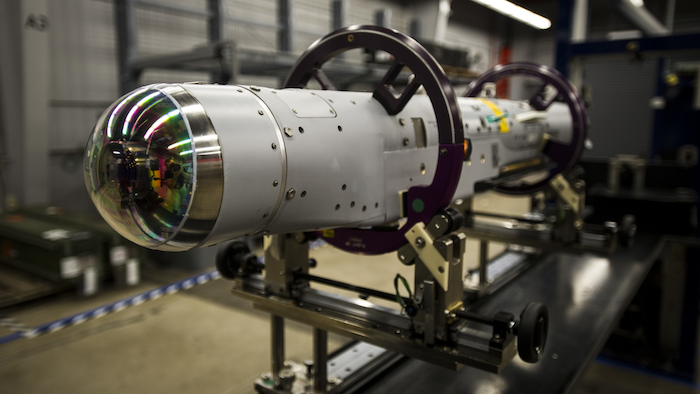 Raytheon Missiles & Defense, a Raytheon subsidiary, completed the first guided release of a StormBreaker smart weapon from an F/A-18E/F Super Hornet, which will become the second fighter jet to add the weapon when the program reaches initial operational capability later this year.

According to Cristy Stagg, program director, StormBreaker is the only weapon that enables pilots to hit a moving target during bad weather or if dust and smoke are in the area. Stagg says pilots will be able to use poor visibility to their advantage.

During the U.S. Navy flight test, StormBreaker safely separated from the jet and successfully received guidance data from the plane, enabling it to be directed to its target while in flight.

StormBreaker features a revolutionary tri-mode seeker that uses imaging infrared and millimeter wave radar in its normal mode. The weapon can also deploy its semi-active laser or GPS guidance to hit targets.

The F-15E Eagle is the first platform to add StormBreaker; it's also being integrated on the F-35 Joint Strike Fighter.