It causes them to crack, leak, and lose storage capacity. 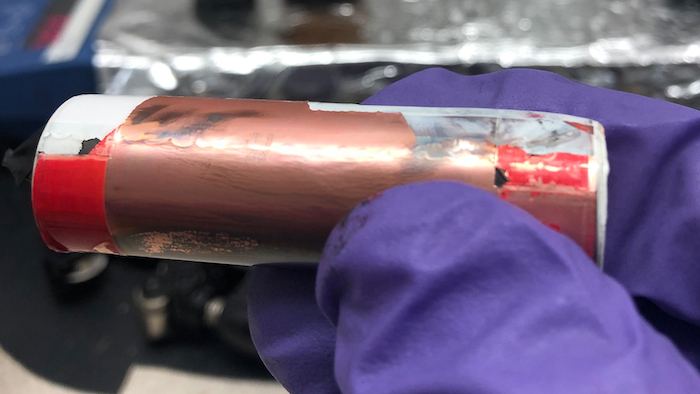 Commercial fast-charging stations subject electric car batteries to high temperatures and high resistance that can cause them to crack, leak, and lose their storage capacity, write engineers at the University of California, Riverside in a new study published in Energy Storage.

To remedy this, the researchers have developed a method for charging at lower temperatures with less risk of catastrophic damage and loss of storage capacity.

Mihri Ozkan, a professor of electrical and computer engineering and Cengiz Ozkan, a professor of mechanical engineering in the Marlan and Rosemary Bourns College of Engineering, led a group that charged one set of discharged Panasonic NCR 18650B cylindrical lithium-ion batteries, found in Tesla cars, using the same industry fast-charging method as fast chargers found along freeways.

At 80% capacity, rechargeable lithium-ion batteries have reached the end of their use life for most purposes. Batteries charged using the industry fast-charging method reached this point after 25 charging cycles, while internal resistance method batteries were good for 36 cycles.

"Industrial fast-charging affects the lifespan of lithium-ion batteries adversely because of the increase in the internal resistance of the batteries, which in turn results in heat generation," doctoral student and co-author Tanner Zerrin said.

Worse, after 60 charging cycles, the industry method battery cases cracked, exposing the electrodes and electrolyte to air and increasing the risk of fire or explosion. High temperatures of 60 degrees Celsius/140 degrees Fahrenheit accelerated both the damage and risk.

"Capacity loss, internal chemical and mechanical damage, and the high heat for each battery are major safety concerns, especially considering there are 7,104 lithium-ion batteries in a Tesla Model S and 4,416 in a Tesla Model 3," Mihri Ozkan said.

Internal resistance charging resulted in much lower temperatures and no damage.

The researchers have applied for a patent on the adaptive internal resistance fast-charging algorithm that could be licensed by battery and car manufacturers. In the meantime, the UCR Battery Team recommends minimizing the use of commercial fast chargers, recharging before the battery is completely drained, and preventing overcharging. 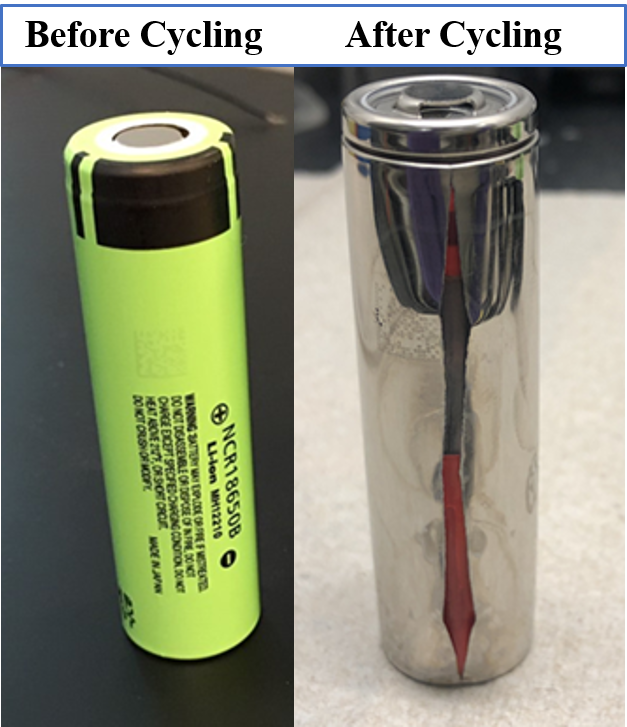 An electric car battery before and after industry standard fast charging.Ozkan Lab/UCR