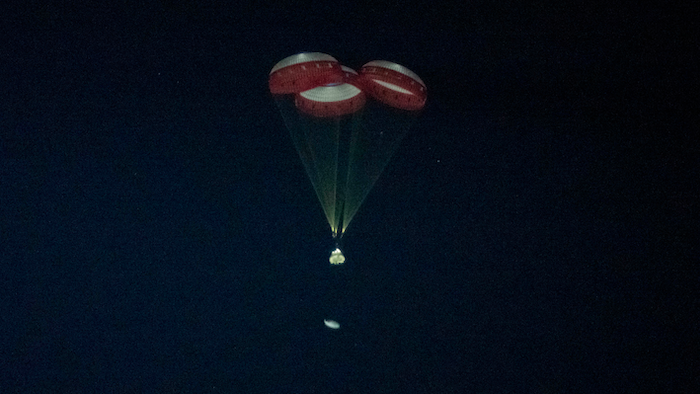 NASA has also designated December's aborted space station mission as a serious "high-visibility close call" that could have destroyed the capsule — twice.

In releasing the outcome of a joint investigation, NASA said it still has not decided whether to require Boeing to launch the Starliner again without a crew, or go straight to putting astronauts on board.

Douglas Loverro, NASA's human exploration and operation chief, told reporters that Boeing must first present a plan and schedule for the 61 corrective actions. Boeing expects to have a plan in NASA's hands by the end of this month.

Loverro said the space agency wants to verify, among other things, that Boeing has retested all the necessary software for Starliner.

“At the end of the day, what we have got to decide is ... do we have enough confidence to say we are ready to fly with a crew or do we believe that we need another uncrewed testing,” Loverro said.

Boeing's Jim Chilton, a senior vice president, said his company is ready to repeat a test flight without a crew, if NASA decides on one.

“'All of us want crew safety No. 1," Chilton said. "Whatever testing we've got to do to make that happen, we embrace it.”

Loverro said he felt compelled to designate the test flight as a “high-visibility close call.” He said that involves more scrutiny of Boeing and NASA to make sure mistakes like this don't happen again.

Software errors not only left the Starliner in the wrong orbit following liftoff and precluded a visit to the International Space Station but they could have caused a collision between the capsule and its separated service module toward the end of the two-day flight. That error was caught and corrected by ground controllers just hours before touchdown.

“We could have lost a spacecraft twice during this mission,” Loverro said.

Engineers are still analyzing an unrelated communication problem that prevented flight controllers from getting commands to the capsule.

NASA hired Boeing and another private company, SpaceX, to develop capsules to ferry astronauts to and from the space station.

SpaceX is on track to launch astronauts this spring. It would mark the first time Americans have rocketed into orbit from home soil since NASA's last space shuttle flight in 2011. The space agency has been buying seats on Russian rockets in the interim.