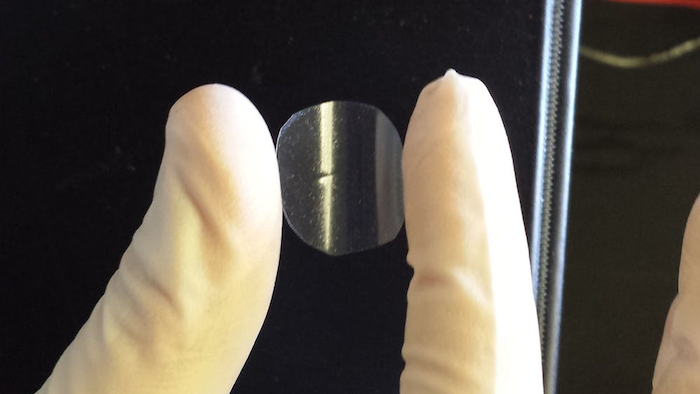 The race is on to identify an effective vaccine for the COVID-19 virus. Once discovered, the next challenge will be manufacturing and distributing it around the world.

My research group has developed a novel method to stabilize live viruses and other biological medicines in a rapidly dissolving film that does not require refrigeration and can be given by mouth.

Since the ingredients to make the film are inexpensive and the process is relatively simple, it could make vaccine campaigns much more affordable. Large quantities could be shipped and distributed easily given its flat, space saving shape.

Globally, vaccination rates have improved over the past decade, but are still too low – 13.5 million children were not vaccinated in 2018. This new technology, recently published in the journal Science Advances, has the potential to dramatically improve global access to vaccines and other biological medicines.

My research team began developing this technology in 2007, when the National Institutes of Health asked us to develop a needle-free, shelf-stable delivery method for a vaccine.

The idea of developing a film was inspired by a documentary about how the DNA of insects and other living things can be preserved for millions of years in amber. This got us thinking about hard candy, like my grandmother used to make.

It was a simple idea, yet no one had tried it. So we went to work mixing a variety of formulations containing natural ingredients like sugars and salts and testing them for their ability to form a solid amber-like candy.

Initially, many of the preparations we tested either killed the organism as the film formed or crystallized during storage, shredding the virus or the bacteria we were trying to preserve.

Vaccines like those for measles, polio, influenza, hepatitis B and Ebola, as well as many of the therapeutic antibodies used to treat infections and cancer, can be carefully sandwiched between protective layers.Stephen C. Schafer, CC BY-ND

But finally, after about 450 tries over the course of a year, we found a formulation that could suspend viruses and bacteria in a peelable film.

As we gained more experience with the production process, we worked to simplify it so extensive technical training would not be needed to make it. Additionally, we tweaked the ingredients so they would dry faster, enabling one to make a batch of vaccine in the morning and ship it after lunch.

I’m involved with a startup aiming to get this technology to market within the next two years.

All stored vaccines lose their potency over time. The rate at which they do so mostly depends on the temperature at which they are kept. Keeping vaccines continuously refrigerated is difficult and expensive – and in some parts of the world, nearly impossible. So creating a vaccine that can be stored and transported at room temperature is a huge advantage.

The biggest breakthrough for this project came when we were finishing up our Ebola vaccine project and found films containing virus made three years ago, stored in a sealed container on the lab bench. On a whim, we rehydrated them and tested them to determine if the vaccine was still capable of inducing an immune response. To our surprise, more than 95% of the viruses in the film were still active. To achieve this kind of shelf-life for an unrefrigerated vaccine was astonishing. 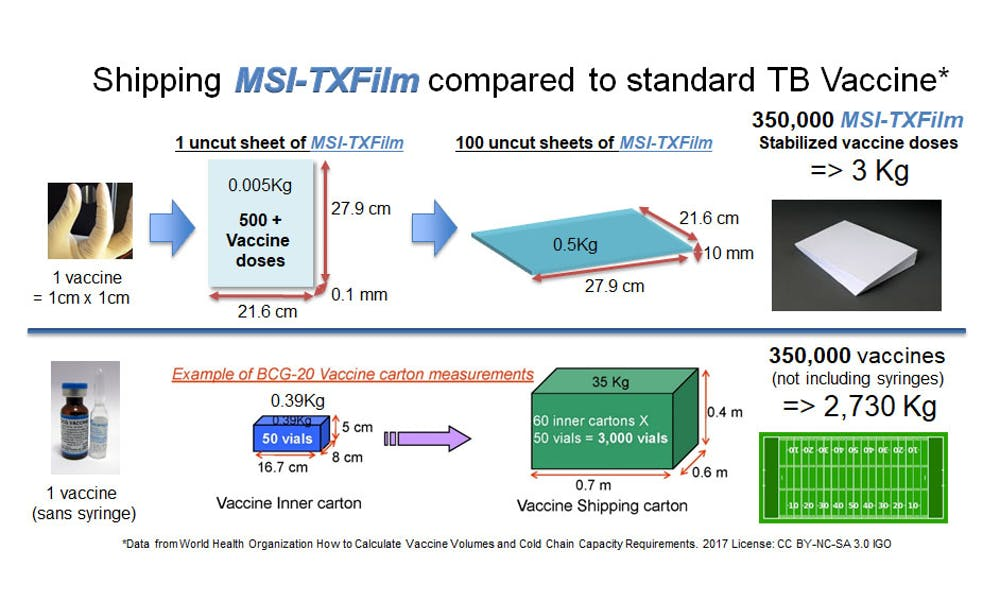 The film can stabilize the vaccine in a space-saving format, making it easier to ship and distribute around the globe.Stephen Schafer and Maria Croyle, CC BY-NC-SA

The ecological footprint left by global immunization campaigns is not often considered. The 2004 Philippine Measles Elimination Campaign, which immunized 18 million children in one month, generated 19.5 million syringes, or 143 tons of sharps waste and nearly 80 tons of nonhazardous waste – empty vials, syringe wrappers, caps, cotton swabs and packaging. The implications for a larger campaign are significant.

Our film, by contrast, can be distributed by health workers equipped with only an envelope containing the vaccine. Once taken, it will leave no trace, except for a healthy global population.

This article is republished from The Conversation under a Creative Commons license. Read the original article here: https://theconversation.com/vaccines-without-needles-new-shelf-stable-film-could-revolutionize-how-medicines-are-distributed-worldwide-132479.