Hummer is Making a Comeback

But this time it's electric. 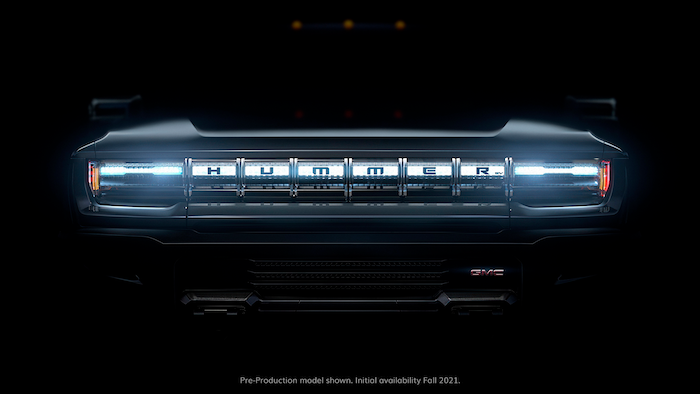 DETROIT (AP) — The Hummer, once a gas-guzzling target for environmentalists, is making a comeback. But this time around it won't burn fuel or spew greenhouse gases.

General Motors announced Thursday that it will start selling a battery-powered Hummer pickup truck in September of 2021. At least part of the new Hummer will be shown in a 30-second television ad featuring basketball star LeBron James during the second quarter of Sunday's Super Bowl .

GM gave only a few details about the truck, which will be unveiled officially on May 20. It will have a huge battery to generate the equivalent of 1,000 horsepower, and will be able to go from zero to 60 mph (97 kilometers per hour) in three seconds. The Hummer also will produce 11,500 foot pounds of torque, a measure of rotational force that indicates a high towing capacity.

The truck will be sold under the GMC brand as the Hummer EV. The new version will have design elements similar to the old one, but will not look like the Hummer of the past, said GM spokeswoman Michelle Malcho.

GM wouldn't reveal the price or say how far the new truck can go on a single charge of its battery.

GM announced earlier in the week that the truck would be built at a factory in Detroit that was slated to close, but instead will be revamped to become GM's main producer of electric trucks, and even an autonomous electric shuttle.

The company said it would invest $2.2 billion to retool the Detroit-Hamtramck plant, which will stop making the Cadillac CT6 and Chevrolet Impala sedans at the end of February. The plant eventually will employ 2,200 workers.

GM scrapped the Hummer brand early in 2010 after the company emerged from bankruptcy protection.

The Hummer attracted a devoted following among SUV lovers, who were drawn to the off-road ready vehicles. But the vehicles drew scorn from environmentalists and sales never recovered after gasoline prices spiked above $4 a gallon in the summer of 2008.