It can detect, track, classify and identify vessels on the ocean. 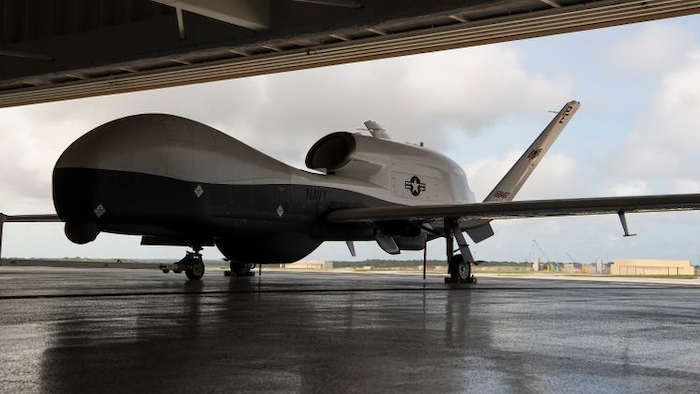 On Sunday, Northrop Grumman’s MQ-4C Triton unmanned aircraft system deployed for the first time. The maritime surveillance system will provide military commanders in the Pacific greater maritime intelligence, surveillance and reconnaissance (ISR) data to inform critical decision-making in one of the most strategically important regions in the world.

Triton’s autonomous suite of maritime sensors allows operators to detect, track, classify and identify vessels on the ocean or in the littorals in some of the world’s busiest shipping lanes.

The system’s ability to fly at high altitude and remain airborne in excess of 24 hours allows commanders to surveil a larger maritime area than ever before. Designed to operate in a manned-unmanned teaming concept, Triton provides an unblinking eye over massive swaths of ocean and littoral areas, enabling manned aircraft such as the U.S. Navy’s P-8 Poseidon to focus on anti-surface and anti-sub-surface warfare.

Unmanned Patrol Squadron One Nine, or VUP-19, is the first squadron to operate the MQ-4C.