They recreated much of its vocal tract using medical scanners, 3D printing and an electronic larynx. 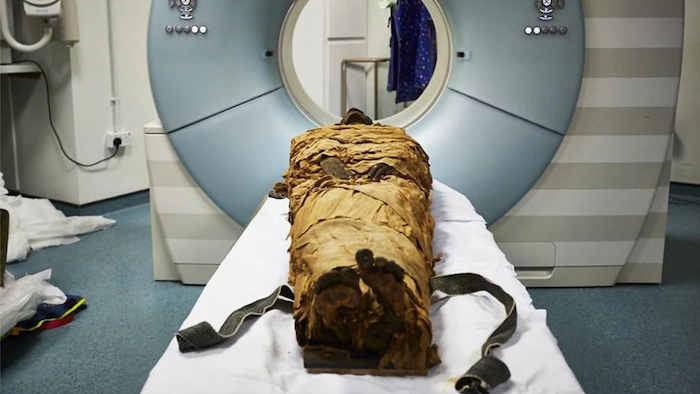 The mummified body of Nesyamun laid on the couch to be CT scanned at Leeds General Infirmary.
Leeds Teaching Hospitals/Leeds Museums and Galleries

BERLIN (AP) — Researchers say they've mimicked the voice of a 3,000-year-old Egyptian mummy by recreating much of its vocal tract using medical scanners, 3D printing and an electronic larynx.

In a paper published Thursday by the journal Scientific Reports, the authors say the technique allowed them to produce a single sound - somewhere between the vowels in ‘bed’ and ‘bad.’

The eerie tone is unlikely to be a precise reflection of the speech of Egyptian priest Nesyamun, whose mummified body the researchers worked with, because the tongue has lost much of its bulk over three millennia.

“We have made a faithful sound for his tract in its current position, but we would not expect an exact speech match given his tongue state,” said co-author David M. Howard of London's Royal Holloway college. 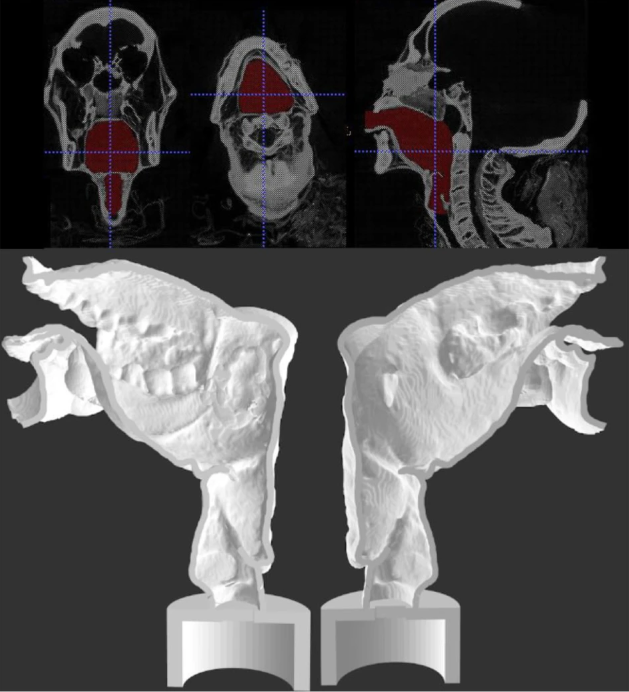 The model alone also isn't enough to synthesize whole words or sentences, the authors said, noting that this would require the ability to calculate the audio output from the vocal tract as its shape is being changed.

“But this is something that is being worked on, so it will be possible one day,” said Howard.

Rudolf Hagen, an ear, nose and throat expert at the University Hospital in Wuerzburg, Germany, who specializes in thorax reconstruction and wasn't involved in the study, expressed skepticism. Even cutting-edge medicine struggles to give living people without a thorax a “normal” voice, he said.

Co-author John Schofield, an archaeologist at the University of York, said the technique could be used to help people interpret historical heritage.

“When visitors encounter the past, it is usually a visual encounter,” said Schofield. “With this voice we can change that, and make the encounter more multidimensional.”

“There is nothing more personal than someone's voice, so we think that hearing a voice from so long ago will be an unforgettable experience, making heritage places like Karnak, Nesyamun's temple, come alive," he said.