Boeing faces new questions after an earlier model of the 737 crashed Wednesday. 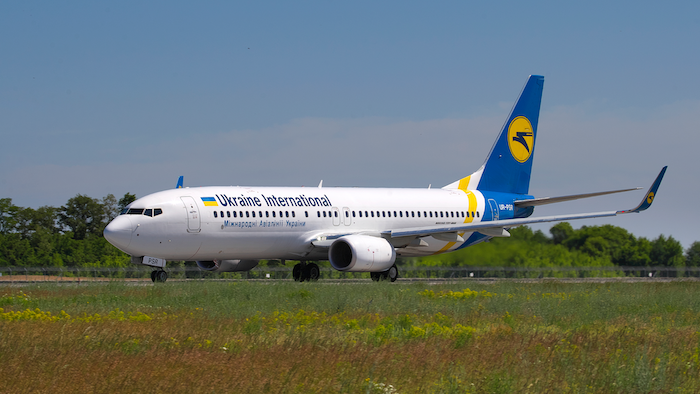 In this photo taken on Saturday, May 26, 2018, showing the actual Ukrainian Boeing 737-800 UR-PSR plane that crashed Wednesday Jan. 8, 2020, on the outskirts of Tehran, Iran, seen here as it waits to takeoff at Borispil international airport outside Kyiv, Ukraine. This Ukrainian airplane carrying 176 people crashed on Wednesday shortly after takeoff from Tehran's main airport, killing all onboard, Iranian state TV and officials in Ukraine said.
AP Photo/Oleg Belyakov

This story has been updated. Read: Verified videos show the plane was struck before crash

Still reeling from a crisis involving its long-grounded Max jet, Boeing faces new questions after an earlier model of the 737 crashed Wednesday in Iran.

It is too early to know what caused the crash and whether Boeing bears any responsibility for the lives of all 176 people who died aboard the 3 1/2-year-old plane.

At a minimum, however, the disaster will add to the burden facing Boeing's incoming CEO, David Calhoun, as he tries to repair the iconic airplane maker's balance sheet and reputation.

“We need to know the cause," said William Waldock, a safety science professor at Embry-Riddle Aeronautical University. "If it turns out to be an intentional act, that's not something (Boeing) can control. If it was something with the plane, there is one more item they have to get fixed."

Even experts who discount the likelihood of a problem with the plane — a version of the 737 that has been built since the 1990s and has earned a good safety record — say that Boeing's public image will suffer.

"I think everyone will quickly realize that there is very little chance, if any, that this has anything to do with the design or manufacture of the jet," said Richard Aboulafia, an aviation analyst with Teal Group in the Washington, D.C., suburbs. “But people are going to see ‘737 Destroyed.’ How do you quantify that in terms of reputational damage?"

Boeing officials hunkered down on Wednesday, not saying much publicly after a 737-800 flown by Ukraine International Airlines crashed shortly after takeoff from Tehran's main airport.

The company issued short statements saying it was gathering more information and was ready to help the Ukrainian airline in any way.

"This is a tragic event and our heartfelt thoughts are with the crew, passengers, and their families," Boeing said.

The crash occurred hours after Iran launched missiles at U.S. forces in neighboring Iraq, leading to speculation by aviation experts that the plane might have been shot down. Iranian officials were quick to blame the disaster on a mechanical problem with the plane, although they cited no evidence.

In Washington, U.S. officials briefing members of Congress on the current tension between the United States and Iran said there was no intelligence to indicate that the plane was shot down, according to a lawmaker at the briefing and who spoke on condition of anonymity to discuss the classified session. The briefers included Secretary of State Mike Pompeo, Defense Secretary Mark Esper and CIA Director Gina Haspel.

Boeing is still struggling with the crisis surrounding the Max, which was grounded last March after two crashes that killed 346 people. It has taken Boeing far longer than it expected to fix the plane. It is still unclear when it might fly again, and Boeing expects to spend billions to compensate airlines that canceled Max flights.

The company also faces investigations by the Justice Department and Congress and dozens of lawsuits by the families of passengers killed on the Max. Last month, Boeing's board ousted CEO Dennis Muilenburg and replaced him with Calhoun, who had been chairman.

Calhoun's first day of work is next Monday.

Investigators looking into the Max crashes have focused on the role played by a new flight-control system that was not on the 737-800 that crashed near Tehran.

Boeing has sold nearly 5,000 737-800s since the late 1990s. There have been eight fatal crashes, most blamed on pilot error, according to Aviation Safety Network, which tracks accidents. That's a far lower fatal-accident rate than many other popular planes, including previous 737s and the Max.

Boeing has a huge backlog of orders for the Max, but if airlines canceled a significant number — and few analysts see that happening — it could force the company to rely more heavily on its defense and space business.

If Boeing is blamed for Wednesday's crash, “Boeing would survive; I'm not sure what form they would be in,” Waldock said.

Vikas Mittal, a Rice University business professor who surveyed Boeing's airline customers, thinks the carriers will stand by the company — Boeing has lost few Max orders even after a grounding now 10 months long.

Boeing "is going through a tough time, but Boeing is also insulated by the fact it has a good history with its customers, who have generally been satisfied with its products and services," Mittal said. "They will pull through for Boeing."