The tiny worms ate Styrofoam without it building up in their bodies over time. 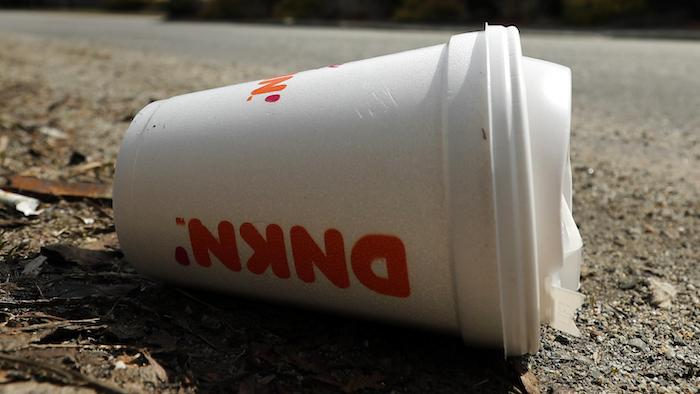 Tiny mealworms may hold part of the solution to our giant plastics problem. Not only are they able to consume various forms of plastic, as previous Stanford research has shown, they can eat Styrofoam containing a common toxic chemical additive and still be safely used as protein-rich feedstock for other animals, according to a new Stanford study published in Environmental Science & Technology.

The study is the first to look at where chemicals in plastic end up after being broken down in a natural system - a yellow mealworm's gut, in this case. It serves as a proof of concept for deriving value from plastic waste.

"This is definitely not what we expected to see," said study lead author Anja Malawi Brandon, a PhD candidate in civil and environmental engineering at Stanford. "It's amazing that mealworms can eat a chemical additive without it building up in their body over time."

In earlier work, Stanford researchers and collaborators at other institutions revealed that mealworms, which are easy to cultivate and widely used as a food for animals ranging from chickens and snakes to fish and shrimp, can subsist on a diet of various types of plastic. They found that microorganisms in the worms' guts biodegrade the plastic in the process - a surprising and hopeful finding. However, concern remained about whether it was safe to use the plastic-eating mealworms as feed for other animals given the possibility that harmful chemicals in plastic additives might accumulate in the worms over time.

"This work provides an answer to many people who asked us whether it is safe to feed animals with mealworms that ate Styrofoam", said Wei-Min Wu, a senior research engineer in Stanford's Department of Civil and Environmental Engineering who has led or co-authored most of the Stanford studies of plastic-eating mealworms.

Brandon, Wu and their colleagues looked at Styrofoam or polystyrene, a common plastic typically used for packaging and insulation, that is costly to recycle because of its low density and bulkiness. It contained a flame retardant called hexabromocyclododecane, or HBCD, that is commonly added to polystyrene. The additive is one of many used to improve plastics' manufacturing properties or decrease flammability. In 2015 alone, nearly 25 million metric tons of these chemicals were added to plastics, according to various studies. Some, such as HBCD, can have significant health and environmental impacts, ranging from endocrine disruption to neurotoxicity. Because of this, the European Union plans to ban HBCD, and U.S. Environmental Protection Agency is evaluating its risk.

Mealworms in the experiment excreted about half of the polystyrene they consumed as tiny, partially degraded fragments and the other half as carbon dioxide. With it, they excreted the HBCD - about 90 percent within 24 hours of consumption and essentially all of it after 48 hours. Mealworms fed a steady diet of HBCD-laden polystyrene were as healthy as those eating a normal diet. The same was true of shrimp fed a steady diet of the HBCD-ingesting mealworms and their counterparts on a normal diet. The plastic in the mealworms' guts likely played an important role in concentrating and removing the HBCD.

The researchers acknowledge that mealworm-excreted HBCD still poses a hazard, and that other common plastic additives may have different fates within plastic-degrading mealworms. While hopeful for mealworm-derived solutions to the world's plastic waste crisis, they caution that lasting answers will only come in the form of biodegradable plastic replacement materials and reduced reliance on single-use products.

"This is a wake-up call," said Brandon. "It reminds us that we need to think about what we're adding to our plastics and how we deal with it."