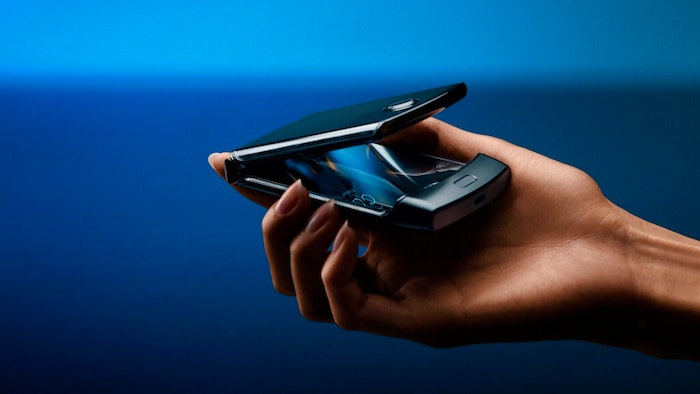 This undated product image provided by Motorola by Motorola’s new Razr phone. Motorola is bracing for the future by returning to the past as it adopts an historical flip-phone design in a smartphone with a foldable screen.
Motorola via AP

NEW YORK (AP) — Motorola is bracing for the future by returning to the past. The company is adapting its historical flip-phone design for a smartphone with a foldable screen.

Samsung, Huawei and others have phones that fold like a book and offer a double-sized display when unfolded.

Motorola’s new Razr phone, on the other hand, will be smaller than a regular smartphone until unfolded to its full 6.2 inch size. The idea is to make the phone more compact for carrying and storing when folded and not in use.

People have been upgrading smartphones less often as innovation slows down. The phone industry has been looking to foldable screens as a way to revive sales, though they are still niche products.

The Motorola Razr Reboot is Here

Is Folding Samsung a Gimmick?