The goal is to build a tubular track through which a train-like pod will carry passengers at speeds of more than 600 mph.

KANSAS CITY, Mo. (AP) — A panel of state officials and business leaders on Monday pushed Missouri to make a bid to host a test track for an ultra-high-speed Hyperloop system.

The recommendation is the result of a months-long study commissioned by state House Speaker Elijah Haahr to investigate the possibility of bringing the futuristic technology to the state.

The goal is to build a tubular track through which a train-like pod will carry passengers at speeds of more than 600 mph. Magnets make the pods hover, reducing friction and enabling high-speed transit.

Missouri supporters envision connecting Kansas City, Columbia and St. Louis with a Hyperloop system that could cut a roughly four-hour drive across the state down to a 30-minute commute.

Panel members said the first step is to get a 12- to 15-mile test track built, which would make the state a top contender for a full-blown track, The Kansas City Star reported.

"It's an opportunity that's directly in front of us," said Ryan Weber, president and CEO of the KC Tech Council and a member of the panel. "We could be first. And being first with a project like this could have significant long-term economic benefit for the state."

Haahr said Monday that he expects the state to submit multiple bids to place a test track in Kansas City, Columbia or St. Louis.

Andrew Smith, a panel leader, said Virgin Hyperloop One is expected to soon begin searching for a place to test out the futuristic transportation. He said support from government officials and months of research make Missouri a top contender.

Panel members in their report lauded the potential to connect skilled workers to jobs across the state and quickly transport products and other goods. According to the panel's study, a Hyperloop could create as many as 17,200 jobs and spur close to $3.7 billion in economic activity.

But the technology is not cheap, and the report points out risks involved with becoming an early adopter.

A test track could cost between $300 million and $500 million, and the estimated cost to build a full Hyperloop system across Missouri ranges from $30 million to $40 million per mile. That's about $7.3 billion to $10.4 billion total.

The project needs $50 million to $100 million for research and development alone in the next three years to continue.

Panel members advised that private investment would be key to the project's success. 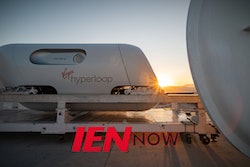 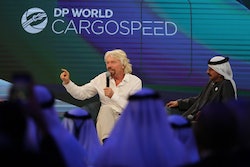