For example, systems that keep vehicles centered or within their lanes were problematic for owners, the study found. 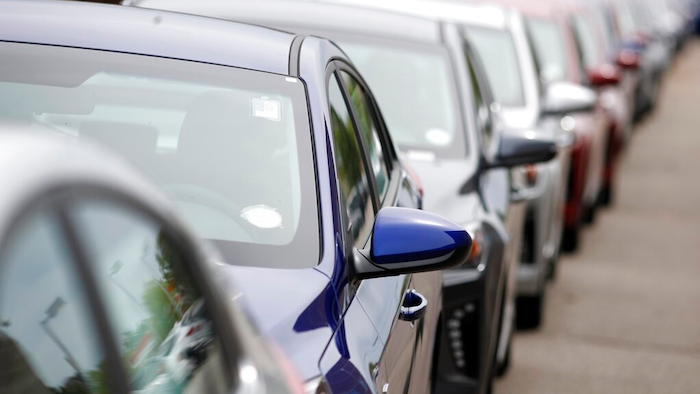 In this May 19, 2019, file photograph, a long line of unsold 2019 sedans sits at a dealership in Littleton, Colo. Alerts from new driver assist systems can be so annoying that some motorists are turning the features off, according to a new survey.
AP Photo/David Zalubowski, File

DETROIT (AP) — Alerts from new driver assist systems can be so annoying that some motorists are turning the features off, according to a new survey.

The 2019 J.D. Power Tech Experience Index study also found that frustrated drivers may avoid the systems in future vehicle purchases. That's a problem for automakers who want to sell the technology and prepare people for fully automated vehicles, the company said.

"Automakers are spending lots of money on advanced technology development, but the constant alerts can confuse and frustrate drivers," said Kristin Kolodge, J.D. Power's executive director of driver interaction and human-machine interface. "The technology can't come across as a nagging parent. No one wants to be constantly told they aren't driving correctly."

For example, systems that keep vehicles centered or within their lanes were problematic for owners, the study found. An average of 23% of drivers with the systems view the alerts as annoying. The results vary by brand, with up to 30% finding the alerts bothersome. Of drivers who don't like the alerts, 61% sometimes disable the systems. A spokesman said J.D. Power would not identify the brands.

Collision protection systems such as automatic emergency braking fared the best in six categories covered by the survey. Smartphone mirroring was second, followed by comfort and convenience features such as voice recognition and climate controls. Entertainment and connectivity such as linking phones and Bluetooth placed fourth, followed by driving assistance such as blind spot detection or lane keeping systems. Navigation finished last, J.D. Power said in a statement Tuesday.

The survey also found that 69% of owners have Apple CarPlay and/or Google's Android Auto in their vehicles. The phone mirroring systems are starting to jeopardize sales of the automakers' factory installed navigation systems, the survey found.

The company's survey included over 16,400 responses from people who bought or leased a 2019 vehicle in the past 90 days. The new vehicles had to have been all-new or redesigned within the past three years. The survey was conducted from February through July.