Gary Burrell used his background working at marine and aviation electronics companies when he started Garmin in 1989 with a fellow engineer. 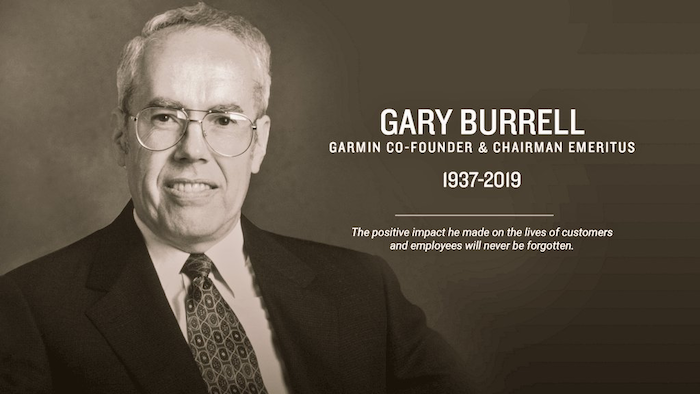 Olathe, Kansas-based Garmin announced in a news release that Burrell died Wednesday at the age of 81.

He used his background working at marine and aviation electronics companies when he started Garmin in 1989 with fellow engineer Min Kao. The company now has more than 13,000 employees in 60 offices around the world. It recorded earnings of $3.3 billion last year.

Burrell retired in 2002 and continued to serve as Garmin's co-chairman until 2004 when he was named chairman emeritus. Kao said in a news release that it was a "great privilege and a blessing to have known this amazing man."