The challenge is to find a technology that can detect and extinguish wildfires before they grow too large. 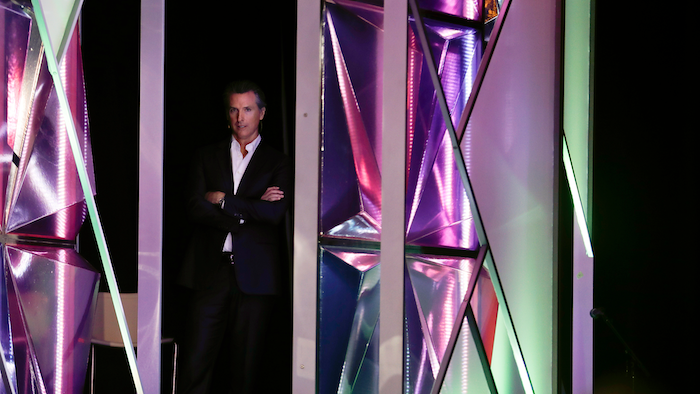 California Gov. Gavin Newsom looks on from the side of the stage before announcing a new X Prize aimed at helping combat wildfires, during the Near Future conference, Friday, May 10, 2019, in San Diego. Newsom announced the new prize Friday alongside X Prize founder and chairman Peter Diamandis, saying the prize will focus on new ways to detect wildfires before they happen and reduce their spread if they occur.
AP Photo/Gregory Bull

LA JOLLA, Calif. (AP) — The X Prize Foundation is developing a contest for technology that can detect and extinguish wildfires before they grow too large.

X Prize Foundation chairman Peter Diamandis made the announcement Friday at the Near Future Summit in La Jolla, California.

Diamandis says it will take about 100 days to develop the rules for the contest. After that, the foundation will try to find a sponsor and launch the competition.

California has experienced its deadliest and most destructive wildfires in history in the past two years.

The state hopes to test products in the field this upcoming fire season.