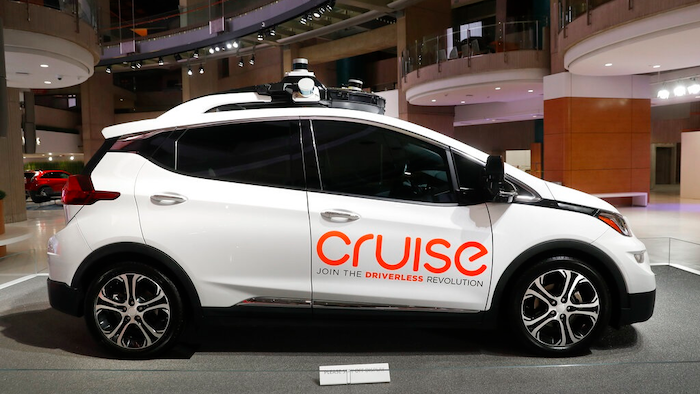 GM announced the investment from a group led by T. Rowe Price on Tuesday and said it included money from GM, Honda and Japanese tech investment firm SoftBank.

Cruise CEO Dan Ammann said in a statement the investment gives Cruise deep resources to draw on as it develops and deploys self-driving vehicles.

GM spokesman Ray Wert would not disclose other investors, but the GM statement said the deal includes funds and accounts advised by Baltimore-based T. Rowe Price.

GM says the investment brings Cruise's valuation to $19 billion. It comes in addition to $2.75 billion from Honda Motor Co. in October of 2018 and $2.25 billion from SoftBank in May of last year.

Tuesday's announcement brings investments in Cruise during the past year to $7.25 billion, including money kicked in by the parent company, according to GM.

The investment comes as automakers and tech companies seek help to cover the tremendous capital cost of developing autonomous vehicles with an uncertain date for getting a return on their capital. The potential to make money is tremendous for companies that can cut the cost of transporting humans or delivering goods.

GM would not disclose how the investors would be repaid or Cruise's ownership structure. "We're not speaking to the terms and conditions at this time," Wert said.

Investors in startups typically get their money back through profit sharing, when the company is spun off with a public stock offering, or when it is acquired by another company.

When SoftBank made its investment last year, it bought a 20 percent stake in Cruise for $2.25 billion. So at that time the company would have been worth just over $11 billion.

Cruise is considered among the leaders in the race to deploy autonomous vehicles without human backup drivers. It has pledged to do that in an unspecified city sometime this year, but recently has backed away.

During its first quarter earnings conference call, GM CEO Mary Barra wouldn't give a date for deploying vehicles without a person behind the wheel. "As soon as we're able to launch without the driver, we will," Barra told analysts. "So safety will gate us. We see huge opportunity. We think the path that we're on and the way in which we're developing this technology is critical."

GM plans to double Cruise's workforce to 1,000 employees this year, and it plans to spend $1 billion in 2019 to develop autonomous vehicles. Cruise spent about $200 million last quarter.

Shares of GM rose just under 1 percent to $38.41 in Tuesday morning trading.