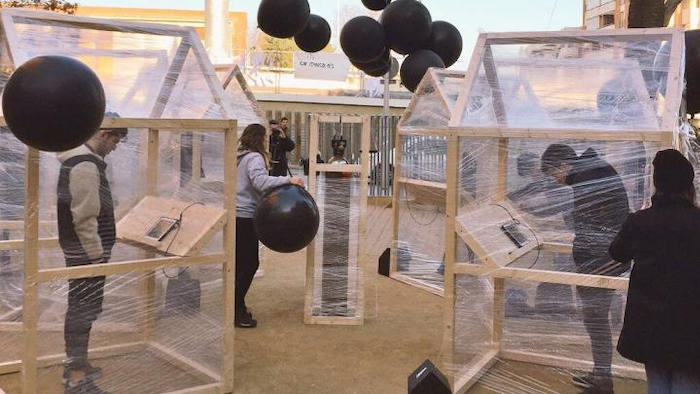 A collective-risk dilemma experiment with members of the public in Barcelona has shown that people are more or less likely to contribute money to fighting climate change depending on their how wealthy they are.

The results indicate that participants with fewer resources were prepared to contribute significantly more to the public good than wealthier people, sometimes up to twice as much.

To do so they designed a "lab-in-the-field" experiment involving more than 320 individuals divided into 54 groups of 6 people. The experiment was conducted as follows. A total of 240 euros (about $275) was given to each group of individuals.

Each member of the group was given a specific amount of money.

In half of the groups the 240 euros were divided evenly into 40 euros for each member. In the other half, the money was distributed unevenly in quantities from 20 to 60 euros.

Over the course of ten rounds, each person then had to contribute to a common fund in order to reach a specific goal, namely 120 euros to be used in an activity against climate change, in this case planting trees in Collserola.

The participants were allowed to keep any money that was left over. At the start of the experiment, each participant knew how much money the other had and at the end of each round they could see how much money each person had contributed.

In this way, the researchers were able to test the economic effort that each individual was prepared to make for a common benefit, in this instance the fight against climate change.

The results showed that, although all the groups achieved the collective goal of 120 euros, "the effort distribution was highly inequitable," explained Jordi Duch, from the Alephsys (Algorithms Embedded in Physical Systems) research group at the Universitat Rovira i Virgili.

Specifically participants with fewer resources contributed significantly more to the public good than the richer, sometimes up to twice as much. The researchers concluded that the poorest participants congregated within the two "generous clusters" whereas the richest were mostly classified into a "greedy cluster".

The results suggest that future policies could be improved if they reinforced climate justice actions in favor of the most vulnerable people and taught the importance of fairness rather than focusing on teaching people about generic or global climate consequences, as the latter have not been proven to lead to equitable contributions.

"In fact, the study demonstrates once again that cooperation is better than competition at achieving socially desirable outcomes and that, in the case of climate change, cooperation is needed between all of the agents involved ", said one of the other authors of the study, Anxo Sánchez, professor at the Department of Mathematics of the Universidad Carlos III de Madrid (UC3M).

The groups in which the initial capital was evenly distributed showed two different types of behavior: one where individuals contributed with quantities considered fair (approximately half of their initial capital, and another where people contributed with much more than was considered fair. In contrast, there were many differences in the groups in which the money was unevenly distributed from the start.

Those with more money (50 or 60 euros) contributed less than was considered fair, in contrast to those who had less (20 or 30 euros), who proportionately contributed much more.

These results show that "given the inequalities, the poorest groups are the most vulnerable and, therefore, are the ones who suffer most" explained Julián Vicens, currently a researcher for the OpenSystems research group at the University of Barcelona.

These data can be extrapolated and compared with the negotiations between rich and poor countries, where the most industrialized countries (which make the greatest contribution to global warming) have the most tools available to combat climate change and the poorest countries are the most affected.

These data can also be compared at local level, where people with fewer resources are the most effected by climate change and the most vulnerable.

The experiment was conducted using a tablet to simulate strategic social interactions based on game theory and to present social dilemmas that generate tension between individual interest and the common good and has involved classification mechanisms and machine-learning to identify patterns of behavior.