General Motors will ask the federal government for one national gas mileage standard. 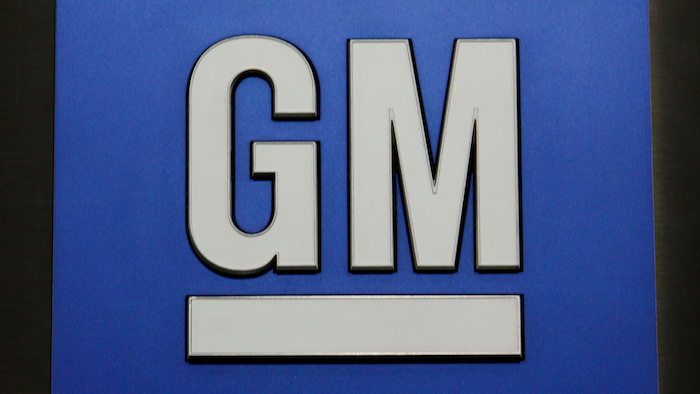 This Jan. 25, 2010, file photo, shows a General Motors Co. logo during a news conference in Detroit. General Motors says it will ask the federal government for one national gas mileage standard, including a requirement that a percentage of auto companies’ sales be zero-emissions vehicles. Mark Reuss, GM’s executive vice president of product development, said the company will propose that a certain percentage of nationwide sales be made up of vehicles that run on electricity or hydrogen fuel cells.
AP Photo/Paul Sancya, File

DETROIT (AP) — General Motors says it will ask the federal government for one national gas mileage standard, including a requirement that a percentage of auto companies' sales be zero-emissions vehicles.

Mark Reuss, GM's executive vice president of product development, said the company will propose that a certain percentage of nationwide sales be made up of vehicles that run on electricity or hydrogen fuel cells.

"A national zero emissions program will drive the scale and infrastructure investments needed to allow the U.S. to lead the way to a zero emissions future," Reuss said.

GM, the nation's largest automaker, will spell out the request Friday in written comments on a Trump administration proposal to roll back Obama-era fuel economy and emissions standards, freezing them at 2020 levels instead of gradually making them tougher.

But the Trump administration's preferred plan is to freeze the standards starting in 2021. Administration officials say waiving the tougher fuel efficiency requirements would make vehicles more affordable, which would get safer cars into consumer hands more quickly.

GM on Thursday said it doesn't support the freeze, but wants flexibility to deal with consumers' shift from cars to less-efficient SUVs and trucks.

Its proposed requirement would be based on current standards now required in California and nine other states. Under those rules, GM must sell a minimum of around 2,200 fully electric vehicles in California this year, or about 1.1 percent of the roughly 200,000 cars, trucks and SUVs that it normally sells in the state each year.

California sets the requirements based on a complex formula that considers the total number of vehicles sold by an automaker and gives credits for fully electric vehicle sales and partial credits for plug-in gas-electric hybrid vehicles. Credits can be banked or sold to other automakers that need them.

GM's proposal would set lower zero-emissions vehicle requirements than California, but spread them to the entire nation. The requirements would gradually increase until 2025.

Reuss said GM's proposal is a starting point for discussions on one set of national fuel efficiency and zero-emissions vehicle standards.

"We want really one national set of standards," he said. "Engineering to multiple standards is very costly and frankly, unnecessary."

Federal and California gas mileage standards have been the same since 2010. But if President Donald Trump's administration ends up relaxing the requirements, it could create two standards, one for California and states that follow it, and another for the rest of the nation.

Trump could challenge California's power to set its own standards, granted under the Clean Air Act, and that could set up a lengthy legal battle since California has pledged to defend its quest to reduce pollution.

"I think the facts, the science and the legal weight is behind California and its efforts to continue to be able to set its own standards if necessary," California Attorney General Xavier Becerra said Wednesday.

Reuss said GM doesn't want a long legal battle. "That just leads to a bunch of uncertainty," he said, urging all parties to reach an agreement. He said the nation would be better served if companies could spend money on electric vehicle research rather than designing different vehicles for California.

Environmental groups still are likely to oppose any changes in the standards. Daniel Becker of the Safe Climate Campaign, an environmental advocacy group, said automakers like GM want the federal government to set standards rather than California because it's easier to lobby for loopholes in Washington.

"The auto companies want to be able to make a small number of electric vehicles and a large number of gas-guzzling SUVs and other trucks instead of complying with the existing mileage and emissions rules," Becker said.

The deadline for written comments on the Trump administration plan are due Friday, with a final decision expected in March.

GM, which offers the all-electric Chevrolet Bolt with 238 miles of range, and the plug-in hybrid Chevrolet Volt, has invested millions to develop battery technology so additional electric vehicle sales nationwide would help its bottom line. The company has promised to introduce 20 new all-electric vehicles globally by 2023.