More than two dozen other countries have already banned them. 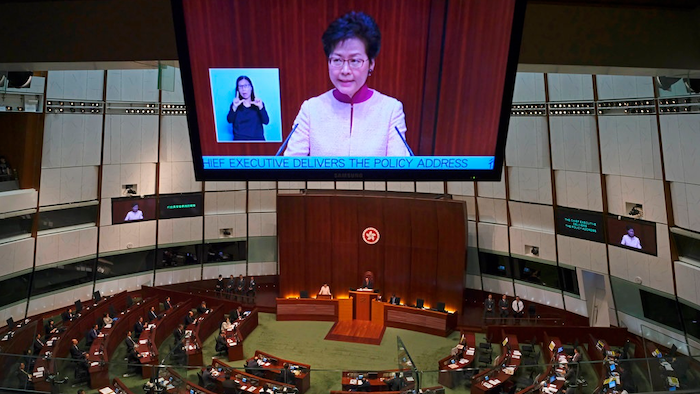 Carrie Lam said in an annual policy address that her government was drawing up proposed legislation to forbid the import, manufacture, sale, distribution and advertisement of products used in the pastime known as vaping.

E-cigarettes typically contain the stimulant nicotine and there is little research on their long-term effects, including whether they help smokers quit. The rise in teenagers using e-cigarettes has alarmed health officials in the United States who worry users will become addicted and be more likely to try cigarettes.

The use of vaping devices has been widely criticized and more than two dozen countries have already banned them. Numerous local governments in the U.S. have also sought to limit their availability, concerned especially about the possibility that young people will become addicts and begin using tobacco.

Worldwide, the market for cigarettes is declining, although mainland China remains the largest producer and consumer of tobacco products, with more than half of the country's men regular smokers. In Hong Kong, bans on smoking in public places have significantly reduced consumption and the mainland has followed in recent years by forcing smokers outdoors.

Lam's speech focused on improving quality of life in Hong Kong, where education, health care, youth employment and the high cost of housing are key concerns.

Among the new policies announced is a plan to build new housing units that could provide homes for more than 1 million people.

Lam did not touch on controversial political issues in the territory, where Beijing has increasingly tightened its grip since Hong Kong's handover from British to Chinese rule in 1997.