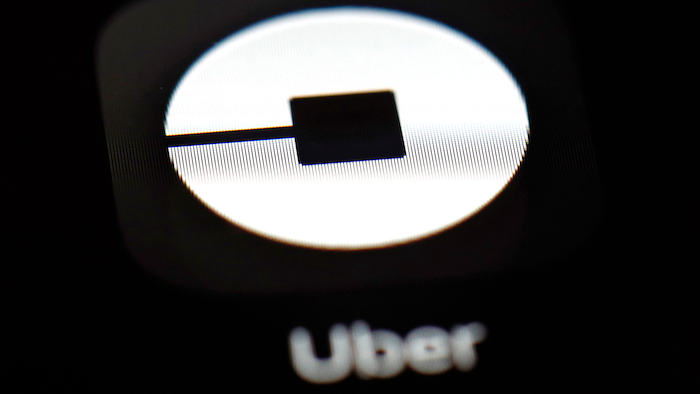 This March 20, 2018, file photo shows the Uber app on an iPad in Baltimore. Uber’s chief human resources officer has abruptly stepped down. Liane Hornsey told employees in an email Wednesday, July 11, that she is leaving the company but gave no reason. The email was obtained by The Associated Press. Hornsey writes that employees may think the decision came out of the blue, but she has been thinking about leaving for a while.
AP Photo/Patrick Semansky, File

Liane Hornsey told employees in an email obtained by The Associated Press Wednesday that she is leaving the company but gave no reason.

Hornsey writes that employees may think the decision came out of the blue, but she has been thinking about leaving for a while. The company would not comment on the reason for her departure. She did not immediately return a telephone message Wednesday from The Associated Press.

"Together our team has lived up to our cultural norm of doing the right thing," Hornsey's email said.

In a separate email, Khosrowshahi praised Hornsey for releasing the company's first diversity report and ushering in equal pay for all employees. She's been with the company since January of last year.

Hornsey was hired from Japanese technology conglomerate SoftBank in January of 2017.She also had spent nearly a decade leading Google's human resources department.

She was hired just weeks before a female former Uber engineer penned a blog exposing sexual harassment that included propositions from her boss. The blog by Susan Fowler said that her complaints to the Human Resources department were ignored.

The company fired 20 people including some managers after an investigation by former U.S. Attorney General Eric Holder's law firm.

In an interview with The Associated Press last year, Hornsey said she wasn't aware of widespread sexual harassment when she took the job, and it didn't come up in early group listening sessions with employees. But such allegations were mentioned on the company's human resources complaint hotline and in one-on-one conversations, she said.

"This is not just something people talk about en masse. For us it's eradiation. There are no half measures at all. We've kept a hotline and we have very, very robust ways of people raising issues confidentially," she said.

Uber Tries to Get 'the Love Back'