The deals bring the world a step closer to a time when autonomous cars are a part of everyday life. 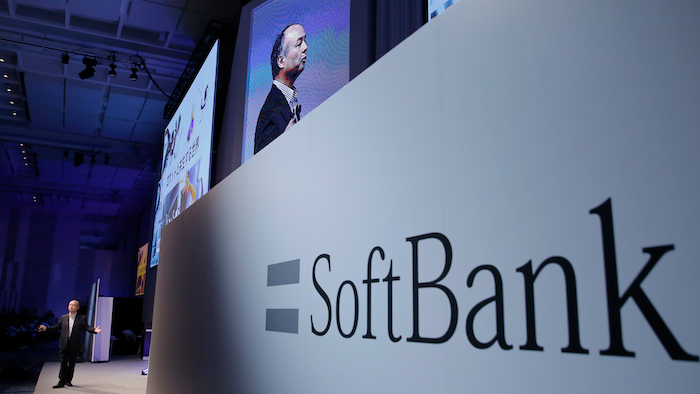 In this July 20, 2017, file photo, SoftBank Group Corp. Chief Executive Officer Masayoshi Son, left, speaks during a SoftBank World presentation at a hotel in Tokyo. SoftBank will spend $2.25 billion for a nearly a 20 percent stake in General Motors’ autonomous vehicle unit. GM said Thursday, May 31, 2018, that it will also sink another $1.1 billion into Cruise Automation. The capital infusion is designed to speed large-scale deployment of self-driving robotaxis next year.
AP Photo/Shizuo Kambayashi, File

DETROIT (AP) — Two technology giants announced major new investments in self-driving vehicles Thursday, bringing the world a step closer to a time when autonomous cars are a part of everyday life — a reality that General Motors aims to achieve in some places as early as next year.

The deals, and other ongoing negotiations, show that the technology is authentic and it's accelerating.

SoftBank, a giant Japanese tech investment firm, announced Thursday it would spend $2.25 billion for a 20 percent stake in GM's autonomous vehicle business. Then Waymo, Google's self-driving operation, said it would buy up to 62,000 more minivans from Fiat Chrysler to expand its soon-to-start ride-hailing venture.

Not to be outdone, Uber's new CEO said at a Wednesday conference that he's in talks with Waymo about adding Waymo self-driving vehicles to the Uber network to carry passengers, although there was no indication that was imminent.

Also, as part of the Waymo-Fiat Chrysler announcement, the companies said they are discussing use of Waymo technology in Fiat-Chrysler self-driving vehicles that would be sold to the public. That raises the possibility that personal car ownership won't die if robotaxis become ubiquitous.

Waymo, the current front-runner, already is testing self-driving Chrysler vans with no human backup behind the wheel in Arizona. The company plans to start an app-based autonomous ride-hailing service there later this year.

At GM, widely viewed as being in second place, the SoftBank cash infusion will help the autonomous unit named GM Cruise to roll out a robotaxi service in at least one major city starting next year, CEO Mary Barra said.

The deal, the largest yet between a technology investment firm and an old-line automaker, boosted General Motors Co. shares to their biggest one-day gain since the automaker returned to the public markets in 2010 after a trip through bankruptcy protection. The stock closed Thursday up nearly 13 percent at 42.70.

GM Cruise would remain a wholly owned subsidiary of GM with the automaker keeping roughly 80 percent of the business. SoftBank can trade its stake for shares in GM if Cruise isn't spun off into a new company within seven years.

The stock soared because investors are starting to realize that GM is a serious player in automated mobility, Abuelsamid said.

But analysts were cautious about predicting a future of self-driving cars everywhere. Lindland said the recent Arizona crash in which a self-driving Uber SUV struck and killed a pedestrian, as well as crashes involving Tesla Inc.'s semi-autonomous "Autopilot" feature, have rattled public confidence in the technology.

"Even as the industry is pushing forward and collaborating and getting billions of dollars in investment, we can't leave the consumer behind," Lindland said.

The announcements keep the front-runners on pace to start carrying passengers within the next couple of years in small-scale operations in a few metro areas, Abuelsamid said. But he said it still will take until the middle of the next decade before self-driving taxis are ubiquitous worldwide.

Although he views Waymo as having the lead in the autonomous vehicle race, Abuelsamid said GM's alliance with SoftBank could boost the automaker's standing. SoftBank owns big stakes in Uber as well as in India's Ola ride service and Didi Chuxing, China's top ride-hailing firm.

Michael Ronen, a managing partner for SoftBank, said Thursday the companies will make their own decisions, but Abuelsamid sees more alliances with GM coming. He foresees GM vehicles carrying passengers on the Uber, Didi or Ola networks.

"Softbank can become a conduit for GM into all these different companies that GM doesn't now have a relationship with," Abuelsamid said.

Even though Waymo and GM now lead in autonomous vehicles, competitors such as auto electronics supplier Aptiv, well as ride-hailing service Lyft, chip maker Intel, and Ford, Renault Nissan and Germany's Diamler all have room to catch up in what could be a huge market, Abuelsamid said.

Being able to produce the cars gives GM and other automakers a big advantage over tech firms that don't have their own auto factories, he said.

Even with all the corporate deals, no one really knows for sure how people will get around in 10 or 15 years, Lindland said. They could embrace autonomous vehicles and the potential to eliminate the human errors that cause most crashes. Or they could distrust and reject them, Lindland said.

Also, after the Uber crash, there have been calls for more supervision of autonomous vehicle testing. Currently the federal government and most states allow testing with little or no regulation.

"The last time our world was so disrupted could arguably be the internet," Lindland said.