This could lay the foundation for more widespread use of lithium metal batteries that would have more capacity. 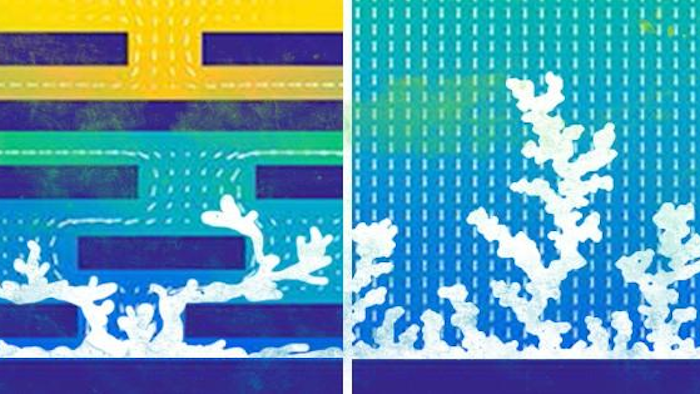 Through simulations and experiments, the research team showed that a porous membrane stifled the formation of dendrites in lithium metal batteries.
University of Delaware, Joy Smoker

From smartphones to electric vehicles, many of today's technologies run on lithium ion batteries. That means that consumers have to keep their chargers handy.

An iPhone X battery only lasts for 21 hours of talk time, and Tesla's model S has a 335-mile range -- which means you could expect to make it from Newark, Delaware to Providence, Rhode Island, but not all the way to Boston, on one charge.

Scientists all over the world -- including even the inventor of lithium ion batteries himself, John Goodenough -- are looking for ways to make rechargeable batteries safer, lighter, and more powerful.

Now, an international team of researchers led by Bingqing Wei, a professor of mechanical engineering at the University of Delaware and the director of the Center for Fuel Cells and Batteries, is doing work that could lay the foundation for more widespread use of lithium metal batteries that would have more capacity than the lithium ion batteries commonly used in consumer electronics today.

The team developed a method to mitigate dendrite formation in lithium metal batteries, which they have described in a paper published in Nano Letters.

"Theoretically, lithium metal is one of the best choices for batteries, but it is hard to handle in practice," Wei said.

Lithium metal batteries have been inefficient, unstable, and even a fire hazard thus far. Their performance is hampered by lithium dendrites, formations that look like tiny stalagmites made of lithium deposits. As a battery is being used, lithium ions collect on the anode. Over time, the lithium deposits become non-uniform, leading to the formations of these dendrites, which can cause the battery to short circuit.

Research groups around the world have tried a variety of techniques to suppress the formation and growth of these dendrites. After studying the literature, Wei had found that almost all of the techniques applied could be understood under an umbrella: Introducing a layer of porous material into the system could deter dendrites from collecting on the anode.

Using mathematical modeling, the research team found that a porous material suppressed the initiation and growth of dendrites. The dendrites that did form were 75 percent shorter than those that formed in systems that lacked the porous membrane.

To further prove the finding, the team fabricated a membrane made of tiny wires of porous silicon nitride that measured less than one millionth of a meter each. They then integrated this membrane into lithium metal cells in a battery and ran it for 3,000 hours. No dendrites grew.

"This fundamental understanding may not be limited to the silicon nitride we used," Wei said. "Other porous structures may do this too."

What's more, this principle may also extend to other battery systems, such as zinc- or potassium-based batteries, he said.

"In this field of metal-based batteries, this is up-to-date understanding," he said. "This is the kind of work that could have high impact."