The satellite carries an instrument to make radar images of the Earth for government and commercial purpose. 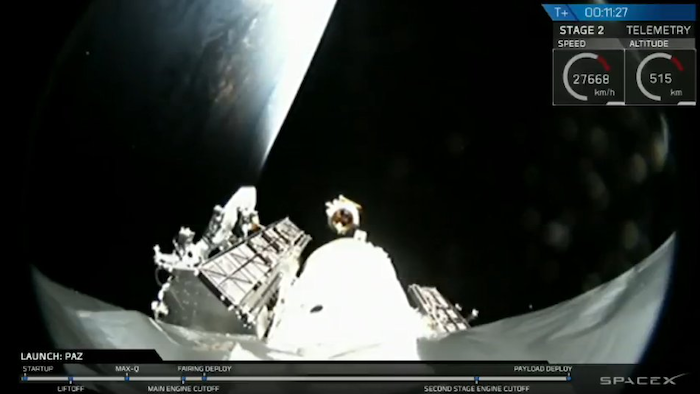 The successful deployment of the PAZ satellite to low-Earth orbit was confirmed by SpaceX on Twitter.
SpaceX

VANDENBERG AIR FORCE BASE, Calif. (AP) — A SpaceX rocket carrying a Spanish satellite has blasted off from Vandenberg Air Force Base in California.

The Falcon 9 lifted off at 6:17 a.m. Thursday and climbed into the dawn sky over the Pacific Ocean west of Los Angeles.

The launch has been anticipated in Southern California because of the potential for wide visibility. However, conditions are partly cloudy across the region.

Spain's PAZ satellite carries an instrument to make radar images of the Earth for government and commercial purposes. A secondary payload consists of two small test satellites for a system that would provide internet access to remote areas.