The aircraft is used in everything from military and commercial transport, to firefighting and search and rescue. 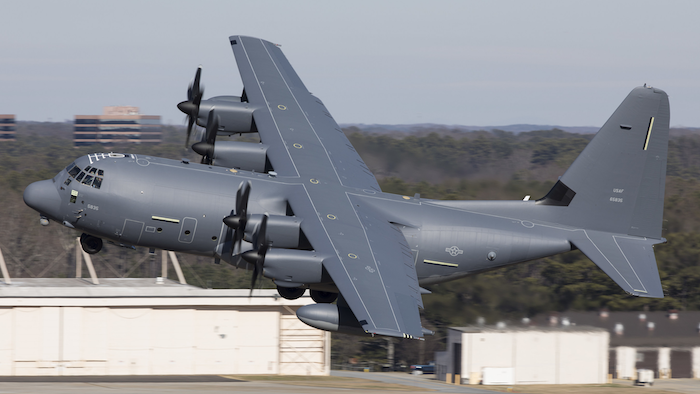 The C-130J Super Hercules is the current production model of the legendary C-130 Hercules aircraft, with operators in 17 nations. To date, the global fleet of C-130Js has surpassed more than 1.7 million flight hours supporting almost any mission requirement — any time, any place.

The C-130J is defined by its versatility. To date, the C-130J supports 17 different mission configurations to include transport (military and commercial), firefighting, search and rescue, Special Operations, weather reconnaissance, and aerial refueling.

This aircraft is also the 13th MC-130J to be converted into an AC-130J Ghostrider gunship. It will be assigned to the 1st Special Operations Wing at Hurlburt Field, Florida. The AC-130J is a highly modified C-130J that provides close-air support, air interdiction and armed reconnaissance.