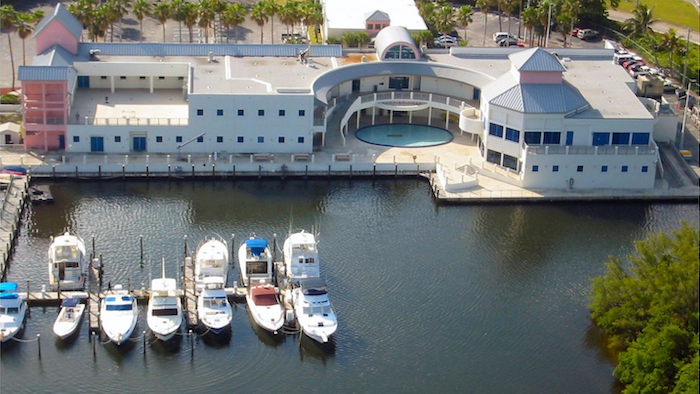 Researchers will evaluate and test the performance of their technique (range, accuracy, and data throughput) first in a 30-foot-deep acoustic test tank at FAU, and then in the Atlantic Ocean off the coast of Dania Beach at FAU's Institute for Ocean and Systems Engineering (SeaTech).
Florida Atlantic University

Researchers from Florida Atlantic University's College of Engineering and Computer Science have received a $500,000 grant from the National Science Foundation to design, deploy and evaluate a first-of-its-kind software-defined testbed for real-time undersea wireless communications (data, voice, and video streaming) and surveillance.

"Today, cognitive undersea acoustics is a key wireless communication technology that can be used for a wide range of military, commercial, and scientific applications, including tactical surveillance, offshore exploration, monitoring of subsea machinery such as oil-rigs and pipelines, disaster prevention as well as the study of marine life," said Stella N. Batalama, Ph.D., principal investigator and dean of FAU's College of Engineering and Computer Science, who is collaborating with Dimitris Pados, Ph.D., co-principal investigator, professor in FAU's Department of Computer and Electrical Engineering and Computer Science and I-SENSE Fellow. "With this National Science Foundation grant, our goal is to significantly advance the state-of-the-art in 3D passive undersea acoustic localization by providing novel algorithmic solutions to address the challenges that exist in wireless networked communication, navigation and surveillance."

Current state-of-the-art approaches for undersea localization and tracking are expensive and power-intensive. This new technology developed at FAU will advance software-defined undersea acoustic technology for cognitive networking and will help to address and resolve interoperability issues in heterogeneous network deployments that include real-time interaction between undersea, water-surface, aerial, and satellite communication nodes. Batalama and Pados will work to design and develop novel in-house software-defined modules of the undersea network to maximize flexibility and minimize form-factor and cost.

"Undersea wireless communications and networking has a wide range of applications, but is still a daunting task due to the very nature of the water propagation medium," said Pados. "Long propagation delays, Doppler effects due to vehicle and water movement, and the highly dynamic multipath nature of the undersea environment result in significant errors and outliers in received data measurements. There is a great need for modular software and hardware architectures that enable rapid deployment and evaluation of new robust protocol designs."

The researchers will develop novel optimal algorithms for oceanic-scale 3D acoustic underwater localization and tracking and will develop software and hardware technology to create and maintain a programmable software-defined undersea acoustic testbed comprising of four nodes.

The project will begin with algorithmic designs and continue to the development, deployment and evaluation of a software-defined interoperable cross-medium cross-layer network testbed in which undersea AUVs, aerial UAVs, water-surface ASVs, and satellite nodes will form a single cognitively optimized super network.

Batalama and Pados will evaluate and test the performance of their technique (range, accuracy, and data throughput) first in a 30-foot-deep acoustic test tank at FAU, and then in the Atlantic Ocean off the coast of Dania Beach at FAU's Institute for Ocean and Systems Engineering (SeaTech). Localization capabilities will be demonstrated in communication, command and control application scenarios for remote wireless navigation and surveillance.

"This research spearheaded by professor Batalama and professor Pados explores for the first time both theoretical and deployment challenges that arise during the integration of autonomous and aerial-assisted mobile undersea communication systems at the oceanic scale," said Daniel C. Flynn, Ph.D., FAU's vice president for research. "Their project will decisively contribute to the emerging area of undersea acoustic networking, which has an abundance of socially relevant applications such as search and rescue, pollution monitoring and oceanographic data collection."

The FAU project will integrate research and education at the graduate and undergraduate levels at the University as well outreach to middle and high school students. FAU also will pursue opportunities for technology transfer in this field.