The technology would be especially beneficial for those suffering from Parkinson's disease. 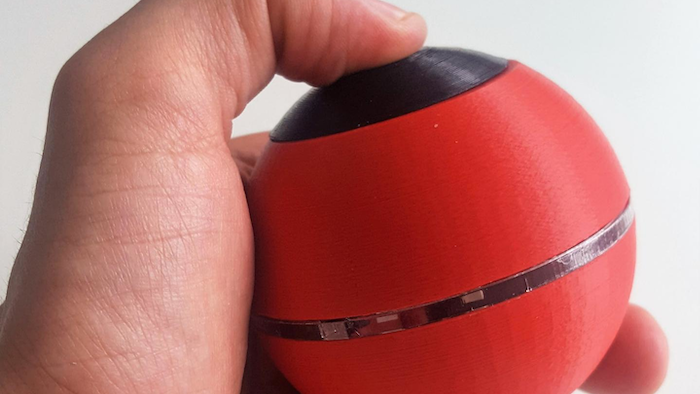 ViLim Ball technology created at a Lithuanian startup company Fidens helps to reduce uncontrollable shaking hands, which is one of the symptoms of essential tremor. The technology is effective in 7 out of 10 cases, and it can also be used to alleviate morning stiffness of joints for rheumatoid arthritis sufferers.
KTU

ViLim Ball technology created at a Lithuanian startup company Fidens helps to reduce uncontrollable shaking hands, which is one of the symptoms of essential tremor. The technology is effective in 7 out of 10 cases, and it can also be used to alleviate morning stiffness of joints for rheumatoid arthritis sufferers.

According to various data, around 1% of population is suffering from essential tremor (ET). The incidence of ET rises with increasing age; approximately 4% of adults 40 years of age and older are affected by the condition.

Although usually labelled as benign, essential tremor greatly influences the quality of life of those suffering from the condition - simple everyday tasks, such as pouring, writing or drinking become a challenge.

"My grandfather had this problem. Seeing a close person suffering from the condition it becomes clear that any device, which could reduce the symptoms would be of great assistance. To be honest, there are not many of them in the market today", says Dr Mantas Venslauskas, Fidens general manager, researcher at Kaunas University of Technology (KTU).

According to Dr Venslauskas, ViLim Ball created by the Lithuanian company is a more specialized version of a vibro trainer. However, he knows only one other specific technology for reducing hand tremor, which works on similar principle, and is being sold in the US market.

"In our laboratories we have modified the technology by applying certain features to the device - now ViLim Ball can also be used for reducing hand stiffness in the morning, which is a characteristic symptom of rheumatoid arthritis", says Venslauskas.

He says that the main inspiration for creating the hand tremor reducing technology was born during his doctoral study years. With KTU professor Vytautas Ostaševičius, who was Dr Venslauskas' PhD supervisor, they often discussed the need of similar technologies for sustaining and enhancing society's well-being.

In KTU's Biomechanics Laboratory, the researchers have been developing and experimenting with various devices for improving circulation in body extremities, which is important for rheumatoid arthritis sufferers. The technology for circulation enhancement has been tested and patented together with the researchers of the Lithuanian University of Health Sciences (LSMU).

"However, while communicating with researchers from LSMU Neurology Clinic we found out that the technology can also be used for tremor diminishing. Therefore, at Fidens we have created a thoroughly new technology and concept of a device for reducing hand tremor and stiffness. At the moment, our device is being tested with human subjects in order to examine its impact on physiological parameters", says Dr Venslauskas, Fidens' director.

According to recent research, ViLim Ball is efficient in alleviating symptoms for 7 out of 10 essential tremor cases, and is beneficial in 9 out of 10 cases of rheumatoid arthritis.

In January 2018, beta version of ViLim Ball has been released into the market. The first sales highly rely on customer's feedback for further improvement of the product.

Although, at the moment the device is aimed at Lithuanian market, after its perfecting based on further testing and correction, ViLim Ball will be also available in the US. The price for individual customers will be 195 euros (about $238 USD).

ViLim Ball is not the only health technology, being developed by Fidens: the team is working on a wearable device, which can reduce hand tremor in real time.

The technology would be especially beneficial for those suffering from Parkinson's disease.