The coffee-machine maker has drawn some anger from disgruntled customers. 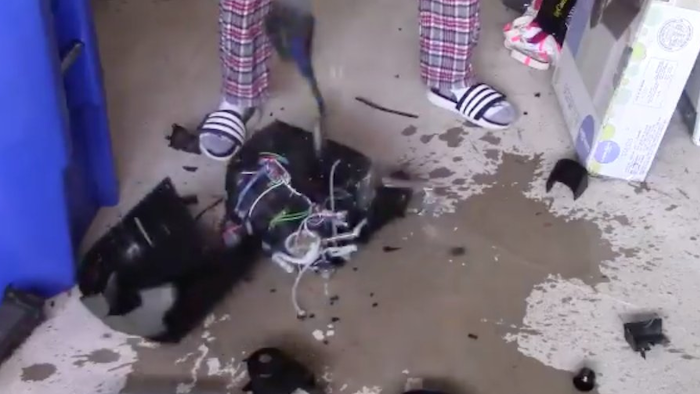 A Keurig machine is smashed.
@AngeloJohnGage

SALT LAKE CITY (AP) — A Salt Lake City coffee company has been lauded by conservatives after coffee-machine maker Keurig drew anger from the right when it pulled its ads from Sean Hannity's Fox News program over his coverage of an Alabama U.S. Senate candidate accused of sexual misconduct.

As Hannity fans posted videos of themselves smashing their Keurigs, Donald Trump Jr. tweeted out an alternative on Monday: Black Rifle Coffee Co., which brands itself as a gun-loving, politically conservative business, The Salt Lake Tribune reported.

Black Rifle CEO and Army veteran Evan Hafer said he values family, the U.S. Constitution and the Second Amendment. He wants to grow the 90-employee company to provide jobs for veterans and first responders.

He said the company now roasts about 1 million pounds of coffee a year and he's about to ink a deal with a private equity firm that will help it create franchises.

"If you love the United States, if you love the Constitution and you love the American war fighter, I'm the f---ing coffee that you need to be drinking," he says. "If you don't, there's plenty of other options."

Hafer said he doesn't know anything about the allegations against Republican Alabama U.S. Senate candidate Roy Moore, who is under increasing pressure to step down. Women have accused Moore of groping them or pursuing romantic relationships with them decades ago when they were teenagers as young as 14.

A spokesman said company officials "find the behaviors described in this story to be unacceptable and abhorrent."

Daniel Hollaway with Black Rifle Coffee said the company "will never support any individual convicted of such reprehensible crimes against children or women."

Keurig announced Saturday it had pulled advertising from "Hannity" after several Twitter users questioned the host's coverage the allegations against Moore. The move drew anger from conservatives, many of whom posted online videos of themselves smashing the coffee-makers.