Toyota is Scaling Back Mexico Plant

A top executive said the decision was driven by market needs and was not a political move. 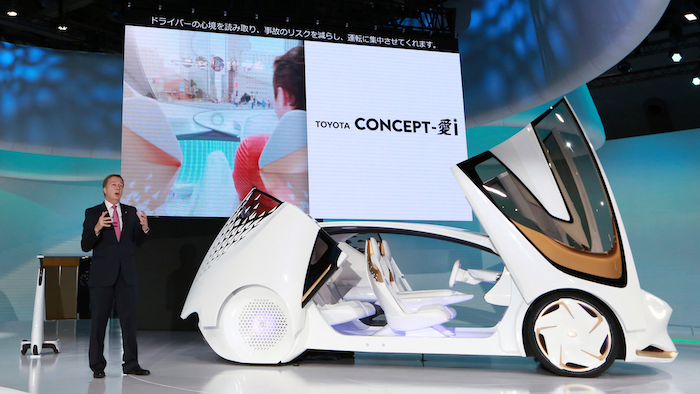 TOKYO (AP) — Toyota Motor Corp. confirmed Wednesday that a planned Mexico auto plant is being scaled back, but a top executive said the decision was driven by market needs and was not a political move.

The investment for the Guanajuato plant, set to be running in 2019, fall to $700 million from the $1 billion commitment announced in 2015. Annual production will decrease to half at 100,000, the company said.

The initial plan was to build 200,000 Corolla subcompacts a year, but Executive Vice President Didier Leroy told reporters at the Tokyo Motor Show Corolla that production will go to a new plant being planned with Mazda Motor Corp. in the U.S. A site for that plant and the timing for its opening have not yet been decided.

The Mexico plant will build Tacoma trucks to meet growing demand. It is part of Toyota's overall re-alignment of North American production, he said.

Leroy denied the move was aimed at pleasing anyone, an apparent reference to President Donald Trump.

"We are not playing any political game, to please anybody," Leroy said, stressing the move was about production efficiency. "We are just doing what is the best for the company."

Trump has expressed his opposition to Toyota's Mexico plant, threatening tariffs, and has welcome Toyota's plans for a U.S. plant with Mazda.

Japanese automakers are nervous about a political backlash in the U.S. after having suffered "Japan-bashing" in the 1980s over exports from Japan that were thought to be taking jobs away from American workers.

Over the years, Toyota and other Japanese companies have increasingly moved production to North America and are intent on proving they are good corporate citizens.

Toyota and Mazda announced the U.S. plant in August in a partnership that also includes collaboration on electric vehicles. A Toyota plant in Texas already makes trucks for the U.S. market, but demand is growing.