A senator asks the companies to detail their internal security protocols, including whether they test their systems against penetration attempts by outside experts.

WASHINGTON (AP) — A U.S. senator wants to know how well the country's top six voting machine manufacturers protect themselves against cyberattacks, a move that comes just weeks after federal authorities notified 21 states that they had been targeted by Russian government hackers during the 2016 presidential election

In a letter Tuesday to the CEOs of top election technology firms, Sen. Ron Wyden writes that public faith in American election infrastructure is "more important than ever before."

"Ensuring that Americans can trust that election systems and infrastructure are secure is necessary to protecting confidence in our electoral process and democratic government," writes Wyden, an Oregon Democrat.

An assessment by the Department of Homeland Security found that Russian hackers targeted state election systems. Some states have since disputed that claim.

DHS officials said in June congressional testimony that Russian hackers didn't target U.S. elections infrastructure "involved in vote tallying," but said a state board of elections website had been compromised, among other cyber activity. Officials have yet to release a detailed account of attempted and successful breaches in those states.

A top federal cyber official likened most of the Russian cyber attempts on state election systems in 2016 to "somebody walking down the street and looking to see if you are home."

"A small number of systems were unsuccessfully exploited as though somebody had rattled the doorknob but was unable to get in, so to speak," said Samuel Liles, who runs the cyber division of DHS's intelligence and analysis office. But, he said, in a small number of cases "they made it through the door."

In his letter, Wyden asks the companies to detail their internal security protocols, including whether they test their systems against penetration attempts by outside experts and if they follow federal best practices.

In the wake of Russian interference in the 2016 presidential campaign, federal officials designated elections systems critical infrastructure on the order of power plants or electrical grids. But state elections officials have expressed confusion over what that designation entails and some states chafe at the prospect of losing local control of their elections systems. 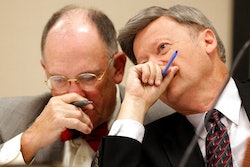 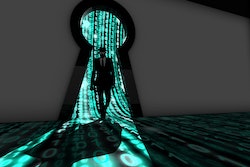 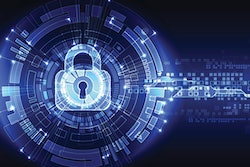