The admission, contained in a Thursday court filing, is the latest twist in a high-profile legal fight between the ride-hailing company and a Google spin-off, Waymo.

Michael Liedtke
In this Thursday, Aug. 18, 2016, file photo, then-Uber CEO Travis Kalanick, left, and Anthony Levandowski, co-founder of Otto, pose for a photo in the lobby of Uber headquarters, in San Francisco. In a court filing on Thursday, June 22, 2017, Uber said it hired Levandowski, a former Google engineer now accused of stealing trade secrets, even though the company knew at the time that he had information that didn't belong to him. Uber hired Levandowski in August 2016 to head Uber's project on self-driving cars, something he worked on at Google. Uber is asserting that Kalanick told Levandowski not to bring the material with him and that Levandowski assured the company that he had destroyed the five discs containing Google information. Uber recently fired Levandowski.
AP Photo/Tony Avelar, File

SAN FRANCISCO (AP) — Uber acknowledged hiring a former Google engineer — now accused of stealing self-driving car technology — despite having received warnings that he was still carrying around some of his former employer's property.

The admission, contained in a Thursday court filing, is the latest twist in a high-profile legal fight between the ride-hailing company and a Google spin-off, Waymo. Both companies are battling to build self-driving cars that could reshape the way people travel.

Waymo alleges that Anthony Levandowski, the former Google engineer at the crux of the case, ripped off its trade secrets before departing in January 2016 to found a robotic vehicle startup that Uber acquired seven months later.

The lawsuit maintains that Uber then transplanted the intellectual property allegedly stolen by Levandowski into its own fleet of self-driving vehicles — a charge that Uber has adamantly denied since Waymo filed its complaint in federal court four months ago.

In May, U.S. District Judge William Alsup ordered Uber to return the stolen files, writing that evidence indicated the company "knew or should have known that he possessed over 14,000 confidential Waymo files."

Now, Uber has for the first time has acknowledged that Levandowski informed its now-departed CEO , Travis Kalanick, that he had five disks filled with Google's information five months before joining Uber. The disclosure, made in March 2016, lends credence to Waymo's allegation that Levandowski downloaded 14,000 documents on to a computer before leaving Google.

Uber, though, says Kalanick told Levandowski not to bring any of the Google information with him to Uber. At that time, a deal had been reached for Uber to buy Levandowski's startup, Otto, for $680 million, though the acquisition wasn't completed until August 2016.

The filing asserts that Levandowski destroyed the disks containing Google's material not long after Kalanick told him that Uber didn't want the information on them.

Levandowski's lawyers didn't immediately respond to requests for comment. They have been advising Levandowski to assert his Fifth Amendment right against self-incrimination since Waymo filed its lawsuit.

Based on the evidence he has seen so far, Alsup has already referred the case to the Justice Department for a potential criminal investigation.

The scenario sketched by Uber comes a few weeks after the company fired Levandowski for refusing to relinquish his Fifth Amendment rights and cooperate with its efforts to defend itself against Waymo's suit.

Kalanick resigned as Uber's CEO Tuesday week after investors demanded he step down. The investors who have financed Uber's growth had concluded Kalanick had to go following revelations of sexual harassment in the company's office, a federal investigation into company tactics used to thwart regulators, and the threat of even more trouble posed by the Waymo lawsuit. 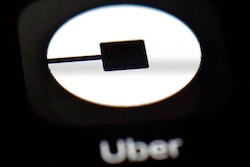 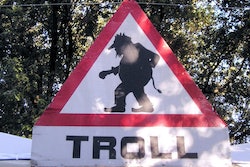 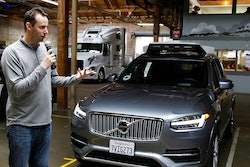