Kevin Stacey
Researchers have developed a sponge-like material made from ceramic nanofibers. The material retains the heat resistance that makes ceramics useful in high-temperature settings, but is also highly deformable -- something that most ceramic materials are not.
Gao/Li/Wu/Brown University/Tsingua University

Researchers have found a way to make ultralight sponge-like materials from nanoscale ceramic fibers. The highly porous, compressible and heat-resistant sponges could have numerous uses, from water purification devices to flexible insulating materials.

"The basic science question we tried to answer is how can we make a material that's highly deformable but resistant to high temperature," said Huajian Gao, a professor in Brown University's School of Engineering and a corresponding author of the research. "This paper demonstrates that we can do that by tangling ceramic nanofibers into a sponge, and the method we use for doing it is inexpensive and scalable to make these in large quantities."

The work, a collaboration between Gao's lab at Brown and the labs of Hui Wu and Xiaoyan Li at Tsinghua University in China, is described in the journal Science Advances.

As anyone who has ever dropped a flower vase knows well, ceramics are brittle materials. Cracks in ceramics tend to propagate quickly, leading to catastrophic failure with even the slightest deformation. While that's true for all traditional ceramics, things are different at the nanoscale.

"At the nanoscale, cracks and flaws become so small that it takes much more energy to activate them and cause them to propagate," Gao said. "Nanoscale fibers also promote deformation mechanisms such as what is known as creep, where atoms can diffuse along grain boundaries, enabling the material to deform without breaking."

Because of those nanoscale dynamics, materials made from ceramic nanofibers have the potential to be deformable and flexible, while maintaining the heat resistance that make ceramics useful in high-temperature applications. The problem is that such materials aren't easy to make. One often-used method of making nanofibers, known as electrospinning, doesn't work well with ceramics. Another potential option, 3-D laser printing, is expensive and time-consuming.

So the researchers used a method called solution blow-spinning, which had been developed previously by Wu in his lab at Tsinghua. The process uses air pressure to drive a liquid solution containing ceramic material through a tiny syringe aperture. As the liquid emerges, it quickly solidifies into nanoscale fibers that are collected in a spinning cage. The collected material is then heated, which burns away the solvent material leaving a mass of tangled ceramic nanofibers that looks a bit like a cotton ball.

The researchers used the method to create sponges made from a variety of different types of ceramics and showed that the materials had some remarkable properties.

For example, the sponges were able to rebound after compressive strain up to 50 percent, something that no standard ceramic material can do. And the sponges can maintain that resilience at temperatures up to 800 degrees Celsius.

The research also showed that the sponges had a remarkable capacity for high-temperature insulation. In one experiment, the researchers placed a flower petal on top of 7-millimeter-thick sponge made from titanium dioxide (a common ceramic material) nanofibers. After heating the bottom of the sponge to 400 degrees Celsius for 10 minutes, the flower on top barely wilted. Meanwhile, petals placed on other types of porous ceramic materials under the same conditions were burnt to a crisp.

The sponges' heat resistance and its deformability make them potentially useful as an insulating material where flexibility is important. For example, Gao says, the material could be used as an insulating layer in firefighters' clothing.

Another potential use could be in water purification. Titanium dioxide is a well-known photocatalyst used to break down organic molecules, which kills bacteria and other microorganisms in water. The researchers showed that a titanium dioxide sponge could absorb 50 times its weight in water containing an organic dye. Within 15 minutes, the sponge was able to degrade the dye under illumination. With the water wrung out, the sponge could then be reused -- something that can't be done with the titanium dioxide powders normally used in water purification.

In addition to these, there may be other applications for ceramic sponges that the researchers haven't yet considered.

"The process we used for making these is extremely versatile; it can be used with a great variety of different types of ceramic starting materials," said Wu, one of the corresponding authors from Tsinghua. "So we think there's huge prospect for potential applications." 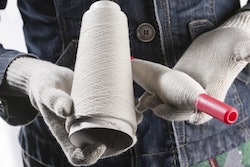 Fabric Made from Recycled Fiber 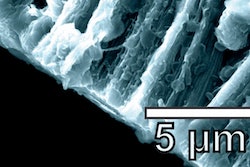 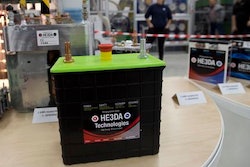 Batteries Based on Nanotechnology